Updated: 2013-06-29 00:00:00
When we talk about dim sum, we think of Hong Kong and Chinatowns in big cities around the Western world. In Hong Kong and most of the cities and towns in Guangdong province, dim sum is treated with huge, almost religious, amounts of reverence and respect.

Some restaurants start serving dim sum as early as five in the morning, and it is a tradition for the elderly to gather to eat dim sum after their morning exercises. More traditional dim sum restaurants typically serve dim sum until mid-afternoon. However, nowadays it has become commonplace for restaurants to serve dim sum at dinner time.

For many in southern China, yum cha is treated as a weekend family activity. And during the week, at many businesses, it is a mellowing affair during which business decisions and deals are made. It was an important aspect of Chef Bird Kei’s early childhood development, providing a regular family bonding opportunity between him and his siblings, parents and grandparents. This was also the time he developed the love for dim sum which he later turned into a career, becoming a famous Cantonese Chef specializing in making and creating dim sum.

Chef Bird Kei Wai Fai was born on Hong Kong Island on the 3rd of October 1977. He has 20 years of experience in Chinese Cuisines especially the Yuecai(粤菜, Cantonese cuisine), and is especially skilled in cooking seafood. As well as cooking, Bird also has a wealth of experience in kitchen management, and has worked for hotels, luxury restaurants and restaurant chains in Hong Kong, the United Kingdom and mainland China. He has also worked in food production and cost control.

Chef Bird Kei Wai Fai
Chef Bird Kei has been working for the Yuen Court Chinese Restaurant at Kempinski Hotel in Haitang Bay since its opening in 2012. He has a group of chefs and kitchen staff working under him at the restaurant. Before going to Sanya, Chef Bird was a chef at The Portman Ritz-Carlton and Shanghai Holiday Inn Hotel in Shanghai. Chef Bird’s cooking career started in Hong Kong in the late 90’s at the Lei Garden Restaurant, and he was to later move in 2007-2008 to the Dragon King in Hong Kong. In between, Chef Bird traveled to UK and worked in London at China Boulevard and China Red.

On December 10, 2012, while he was at the Kempinski Hotel Haitang Bay Sanya, he won the Future Star Award from Grand Hotels Magazine in the sixth You Are The Chef awards. The awards are judged through the joint efforts and collaboration of a variety of media outlets, including the TV program You Are the Chef, Sina.com, the New Zealand Trade and Enterprise and Grand Hotels Magazine, a major Chinese hotelier and a travel magazine. The awards were decided on over a period of three months during which lots of feedback was received from professional judges, including from the TV program You Are the Chef, judging panels of gourmands and artists, television viewers, ICS TV, and millions of online votes.

In the Future Star Awards, the hotel overshadowed all its rivals, based largely on the feedback from the TV program You Are the Chef. Mr. Bird Kei, the Executive Chinese Chef who has years of the culinary art experience of the highest possible kind, cooked 5 different dishes using mushrooms gathered from the Himalayas, and showcased wonderfully the historical gourmet culture and health preserving facets of Chinese cuisine. 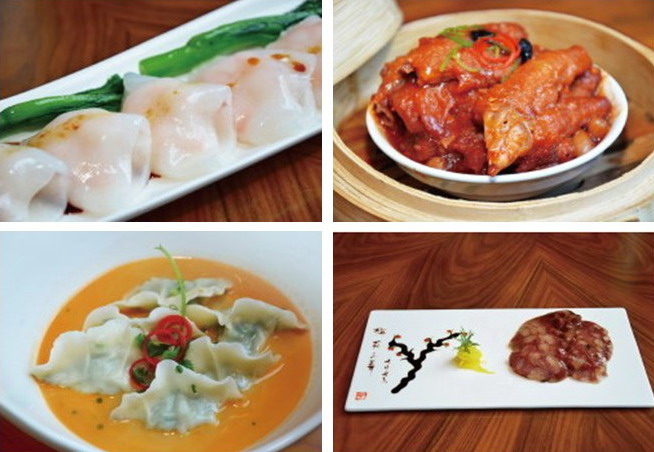 The restaurant serves Cantonese cuisine and Hainan specialties. Along with a selection of traditional Chinese spirits, imported and domestic beers and fine wines are available to complement the dishes.
With Chef Bird Kei at the helm, dining at Yuen Court Chinese Restaurant at Kempinski Hotel in Haitang Bay is not only a treat, it is an experience.

Yuen Court has a special promotion for lunch, at just rmb298 for a lunch for 4, four adults can enjoy a big selection of dim sum, and can choose from 3 set menus on Fridays, Saturdays and Sundays.

From 11.30am to 2pm on weekends, you can enjoy dim sum yam cha and choose from three set menus, Menu A, Menu B and Menu C. See below for the choices of menus and dishes.

Next news: 2013 Hainan Cultural Festival in Canada kicks off in Ottawa