Top 10 endangered wonders in the world

Cultural and natural heritages are treasures from the past and are expected to be passed down to future generations. However, many of the world’s wonders are currently suffering both natural and manmade threats. Climate change and human encroachment mean that these attractions we can still visit today may no longer be there in the (near) future.

Perhaps the following ten attractions already feature on your to-do list, but do visit them soon as possible in a low-impact and environmentally sustainable way, before they disappear from the face of the earth.

Venice, Italy
Almost since it was founded in 452, Venice — Italy’s lagoon city — has been sinking about 1.5cm per century. As the sea level has been rising, rainfall too has been on the increase and subsequent floods have been occurring more frequently, jeopardizing Venice’s continued existence. Moreover, the city’s stones are becoming increasingly eroded and the wooden support also suffers more and more decay. Sadly, we may not see the charming gondolas on the beautiful canals in the next century. 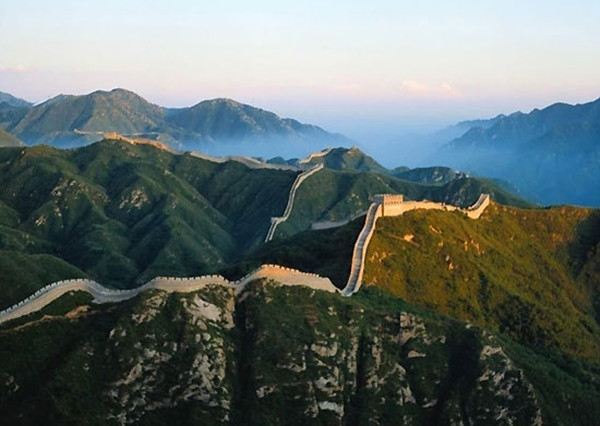 The Great Wall, China
From the 7th century B.C. through to the 17th century, the Chinese spent more than 2,000 years building the Great Wall, which stretched about 200,000 kilometers in total. However, most parts of the Great Wall have disappeared, except for the Ming Dynasty Great Wall. As one of the seven wonders of the medieval world and the only human artifact visible from out space, it was listed as World Heritage by UNESCO in 1987. Winding up and down across deserts, grasslands, mountains and plateaus, the Ming Dynasty Great Wall measures only 8,851.8 kilometers now, from east to west, and has been destroyed by erosion and human development in the surrounding regions. The Great Wall has been included on the list of 100 endangered sites by the World Monuments Fund.

The Dead Sea
The Dead Sea, a world-famous salt lake bordering on Jordan in the east and Israel in the west, is the lowest spot on earth (1,312 feet below sea level). Thanks to its abundant salt content – containing ten times more saline than seawater — anyone can easily float in the sea. In the last four decades, the sea has shrunk by a third and sunk 80 feet — 13 inches per year — mainly due to the global warming and excessive water usage in tourism, the chemical industry and agriculture. It is said that if no effective solution is made, the Dead Sea could disappear as early as 2050
Top 7: The Alps, Europe 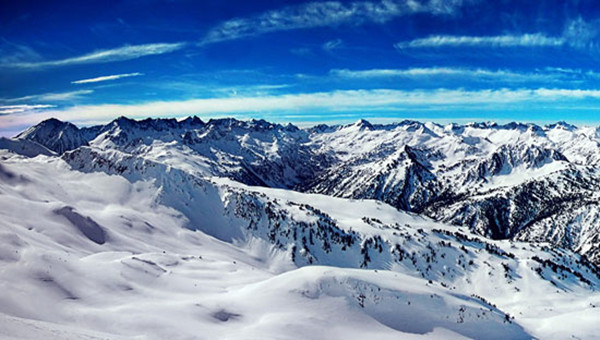 The Alps, Europe
The beautiful snowy scenery of the Alps has appeared in various works of literature, film and art, but the mountains are not immune to global warming. Their glaciers have been shrinking at an unprecedented rate. Experts have determined that the 4,810-meter Mont Blanc, Western Europe’s tallest peak, has already shrunk more than 45 centimeters over the past few years. It is estimated that the glaciers will disappear by 2050, and mostly before 2037. 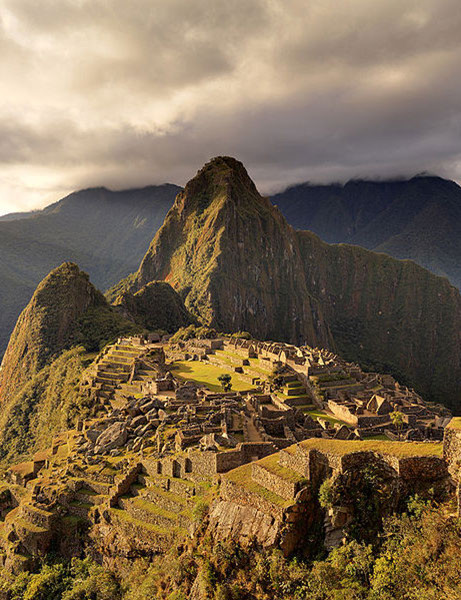 Machu Picchu, Peru
Situated in the Cusco Region of Peru, South America, Machu Picchu is a 15th-century Inca site located at 2,430 meters (7,970 feet) above sea level. The ruins were discovered by American historian Hiram Bingham in 1911, and have since become a popular tourist attraction. As one of the new seven wonders in the world, Machu Picchu is also not immune to destruction. Traffic and development of the area have caused destabilization and even the collapse of some stone foundations. It is now one of the most endangered travel destinations on the planet. 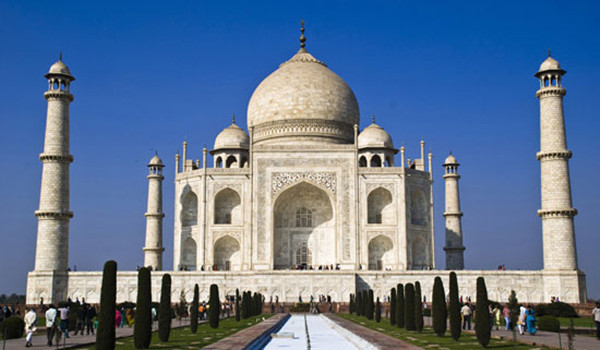 The Taj Mahal, India
Located in Agra, Uttar Pradesh in India, the Taj Mahal is widely recognized as "one of the universally admired masterpieces of the world’s heritage." It became a UNESCO World Heritage Site in 1983. However, this piece of "perfect architecture" is now under the threat of environmental damage, including soot, particulates and acid rain. The declining water level of the nearby Yamuna River is affecting the building’s wooden foundation and both air pollution bas well as a heavy tourist flow have been ruining its walls. If no effective measures are taken, this architectural masterpiece may very well collapse in a few years.

Mount Kilimanjaro, Tanzania
Located in the Kilimanjaro Region of Tanzania, the Kilimanjaro is a dormant volcanic mountain, with its three volcanic cones, Kibo, Mawenzi, and Shira. It is the highest mountain in Tanzania and in Africa on the whole, and the highest free-standing mountain in the world at 5,895 meter (19,341 feet) above sea level. The mountain is well known for the ice cap and snow on one of its summits, Kibo, but the glaciers are rapidly disappearing, for which the main reason is considered to be global warming. In addition, many people are rushing to climb the mountain, accelerating the melting of ice and snow. Experts said that more than 80 percent of the ice cap has disappeared since the early 1900s and it is predicted that the whole ice cap will disappear completely by 2033. Then we can only enjoy the once magnificent scenery on pretty postcards. 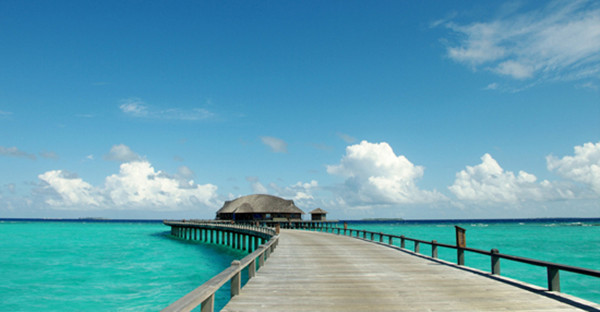 The Maldives
The Maldives is an island nation in the Indian Ocean consisting of about 1,200 islands. Covering an area of 300 square kilometers, it is the smallest country in Asia. With an average ground level of 1.5 meters (4.9 feet) above sea level, it is the planet’s lowest country. Rich in coral reefs and endangered fish, the Maldives makes for the perfect holiday and diving destination. However, the sea level in the area rises some 3.5 inches every year due to global warming. Many atolls in the area have already permanently disappeared from the world map. It is estimated that this "Last Paradise on Earth" will no longer be inhabitable in another 100 years. 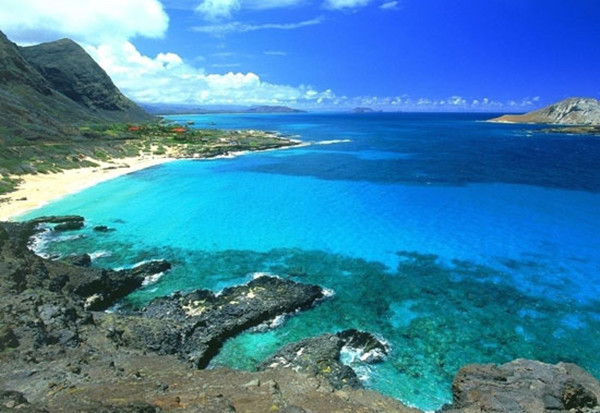 As the only living structure visible from space, the 3,000-kilometer-long coral reef in Australia is the world’s largest stretch of coral. It is also a home to numerous dolphins, tropical fish and reptiles. It is one of the seven natural wonders of the world. Unfortunately, the acidity and the global rise in water temperatures have caused the precious coral to vanish, and 95 percent of the 7,000-year-old reef may be dead by 2050, should the warming up process continue. 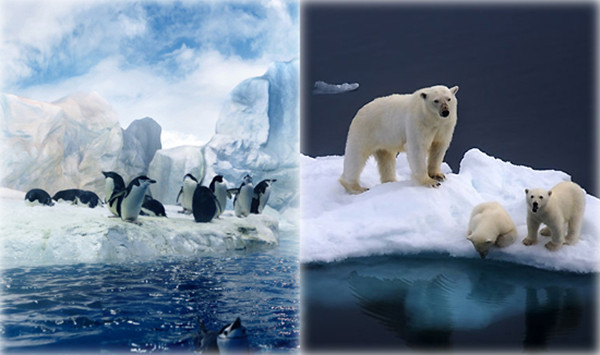 Arctic and Antarctica are places where people can enjoy several unique and inspiring natural phenomena, including towering icebergs, Aurora Borealis, and majestic animals such as penguins, polar bears and whales. However, the sea ice there has been melting due to global warming. Once the sea ice disappears at the poles, the area’s entire ecosystem will be fully destroyed and those lovely creatures wiped out, perhaps as early as 2050.

SOURCE: Chinadaily
Editorial Message
This site contains materials from other clearly stated media sources for the purpose of discussion stimulation and content enrichment among our members only.
whatsonsanya.com does not necessarily endorse their views or the accuracy of their content. For copyright infringement issues please contact editor@whatsonsanya.com

Previous news: Indian Hotels to open a resort in Hainan