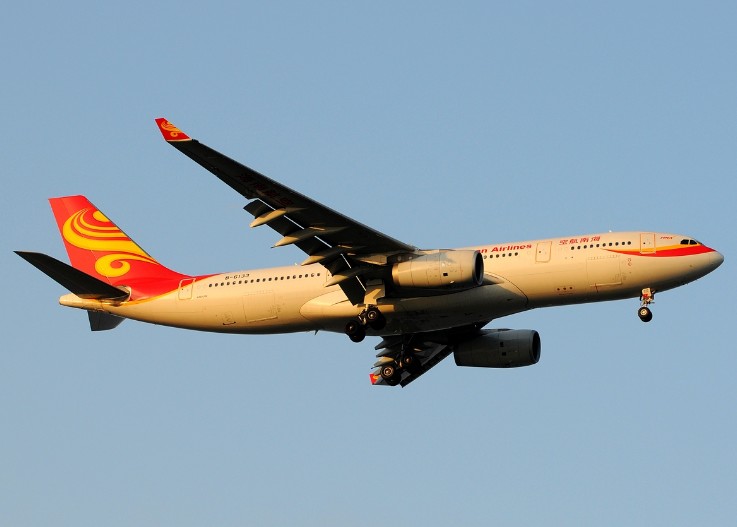 China’s Hainan Airlines yesterday announced it plans to begin nonstop service from Chicago to Beijing on September 3, 2013. Mainland China’s only certified Skytrax® five-star airline will operate two-class Airbus A330-200 aircraft Tuesday, Thursday, Saturday and Sunday, with departure and arrival times that allow for convenient connections from points throughout the United States. The new flight will complement the carrier’s existing North American service to Beijing from Toronto and Seattle/Tacoma.

Flight 498 will depart Chicago at 3:30 pm and arrive in Beijing at 6:40 pm the following day. Flight 497 will depart Beijing at 1:20 pm and arrive in Chicago at 1:30 pm the same day. Connections to and from points throughout China are also possible. Cargo service will be offered.
"Securing new investment and interaction between Chicago and China is a high priority for Mayor Rahm Emanuel, and new air service from Hainan, a mainland China-based carrier, is a critical step in that direction," said Rosemarie S. Andolino, Commissioner of the Chicago Department of Aviation. "We continue to invest in O’Hare’s amenities and services for travelers across the globe, including those from Asia. These investments, coupled with new service, are all key to enhancing Chicago’s status as a world-class city."
"Since we began our Seattle route in June 2008, hundreds of thousands of people have experienced the award-winning service Hainan Airlines provides between the United States and China," said Mr. Ji Chun Liu, Director of Hainan’s International Department. "Now we are looking forward to welcoming even more travelers from Chicago and throughout the eastern United States."
Business class passengers are pampered with priority check-in and access to the lounge. On board, they can relax in luxurious seats that convert into fully flat beds and feature turn-down service complete with fluffy pillows, fine cotton sheets and a duvet, pajamas and slippers. Gourmet Chinese or Western cuisine and wines are served on fine china, glassware and linens; customers may choose when they wish to dine. Freshly brewed espresso and a selection of teas are available. Amenity kits feature famous Bulgari® cosmetics. A state of the art entertainment system offers over 100 movies, audio selections and games on demand.
At Beijing, with advance reservations, premium passengers are treated to complimentary private Mercedes-Benz® limousine service both on arrival and departure. Those making connections to other Chinese destinations may take advantage of the new business class lounge in Terminal 1 offering a wide range of luxurious amenities.
Economy class passengers can also enjoy complimentary beverages, meals, snacks as well as the same state-of-the-art entertainment system on individual seat-back screens. If connecting in Beijing, an exclusive transit lounge is open to economy class passengers as well.