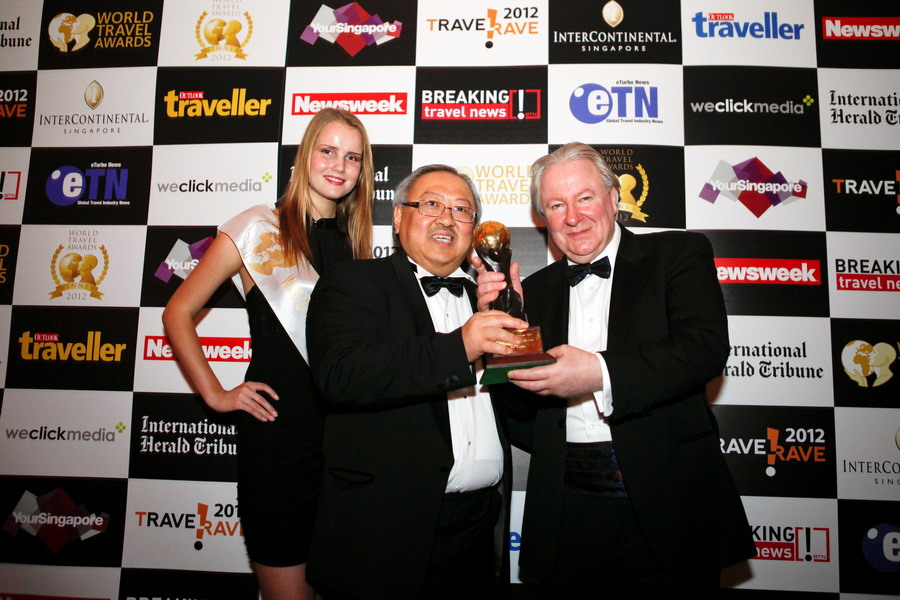 Star Cruises, the leading cruise line in Asia-Pacific, has been voted by travel and tourism professionals around the globe as the “Asia’sLeading Cruise Line” at World Travel Awards 2012.

Hailed as the “Oscars of the travel industry”, World Travel Awards was established in 1993 to acknowledge and recognize excellence across all sectors of the tourism industry. The awards were voted by travel professionals worldwide. At the presentation ceremony held at InterContinental Singapore yesterday, Star Cruises was conferred the coveted “Asia’s Leading Cruise Line” among the heavyweights of the industry in attendance.

"We are honoured to receive this award as it is a testament to Star Cruises’ commitment to providing world-class cruise services and products,” said Mr William Ng, Chief Operating Officer of Star Cruises. "As the pioneer in Asia’s cruise industry, we will continue our on-going effort to develop exciting cruise holidays for our guests in years to come. This award reflects our dedication to the industry as much as the support that our partners and guests have extended to us. We are grateful for their continuous support and look forward to working together in further developing the market.”

Mr Ng continued, “For almost two decades, Star Cruises has been serving the cruise market in Asia with free-style cruising and international-standard hospitality with an Asian touch. This momentum will carry into the future as Star Cruises continues to build on our existing homeport markets in Penang, Hong Kong, Singapore, Keelung, Sanya as well as our latest homeport in Shanghai. We will continue to work with the respective governments and tourism bureaus to grow the domestic and international cruise markets. Together we will strive for the continued growth of the cruise industry in Asia-Pacific.”

SuperStar Gemini will commence her inaugural sailing series in 2013 from Penang (January) and Sanya (February and March). In April, she will be homeported in Shanghai and offer itineraries to top tourist destinations in North Asia. On top of that, SuperStar Aquarius will return to Sanya in November for a second seasonal deployment, calling at picturesque Halong Bay and Danang.

World Travel Awards’ Asia & Australasia Ceremony 2012 in Singapore yesterday was the fifth and final leg of the awards’ Grand Tour. The annual awards is a global search for the world’s leading travel brands, which also includes regional heats in Dubai, Turks & Caicos, Nairobi and The Algarve. Norwegian Cruise Line, 50%-owned by Genting Hong Kong, was voted “Europe’s Leading Cruise Line” for the fifth conservative year. All winners, including Star Cruises and Norwegian Cruise Line, will vie for accolades at the World Travel Awards’ Grand Final to be held at The Oberoi, Gurgaon, New Delhi, India on 12 December 2012.

Star Cruises, together with Norwegian Cruise Line, is the third largest cruise operator in the world that owns a combined fleet of 18 ships visiting over 200 destinations in the world, offering approximately 35,000 lower berths.

The fleet cruises to over 200 destinations and islands in Asia-Pacific, North and South America, Hawaii, Caribbean, Alaska, Europe, Mediterranean and Bermuda.