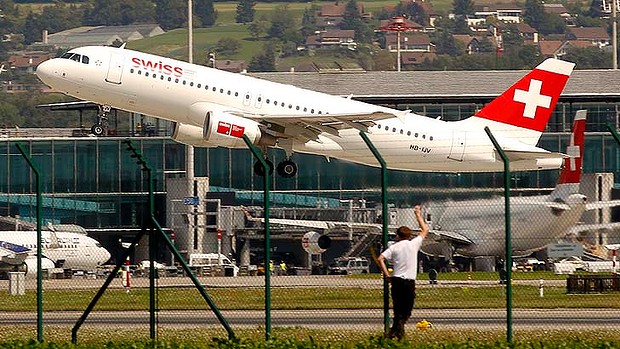 A Swiss Airlines flight was forced to turn back to Zurich after a fight broke between passengers over a reclined seat.

A mid-air brawl between two passengers on a flight from Zurich to Beijing was caused by an altercation over the position of a passenger’s seat back, a Swiss-German tabloid reported Tuesday.

A flier aboard Sunday’s Swiss airline flight – a 57-year-old Chinese man who was reportedly tipsy – felt disturbed during his meal when the passenger in front of him reclined his chair, the newspaper Blick reported after speaking to a tourist guide who was on the flight.

Blick has reported that the chair-reclining man is also a Chinese citizen, aged 27.

"The older of the two felt disturbed during his dinner. When the younger did not respond to his protests, he hit him on the head with the flat of his hand. It was a real slap," said the guide, Valerie Sprenger.

Advertisement A fight then broke out between the two men, who rolled in the plane’s aisle.

A crew member and a well-muscled passenger restrained the aggressor, bound his hands and placed him at the back of the plane, where he shouted for an hour, the newspaper said.

The plane was just east of Moscow when the pilot decided to turn it around and land at Zurich, where police took the men into custody.

A local magistrate said the aggressor was released Tuesday after being fined an undisclosed amount.

Authorities seized cash from the two men to cover legal costs and the airline could still seek reimbursement to cover the extra jet fuel and costs of accommodating other passengers in Zurich for a night.

The flight was carrying 200 passengers.

Next news: Haikou-headquartered Shiner Int’l to be delisted from Nasdaq Stock Market