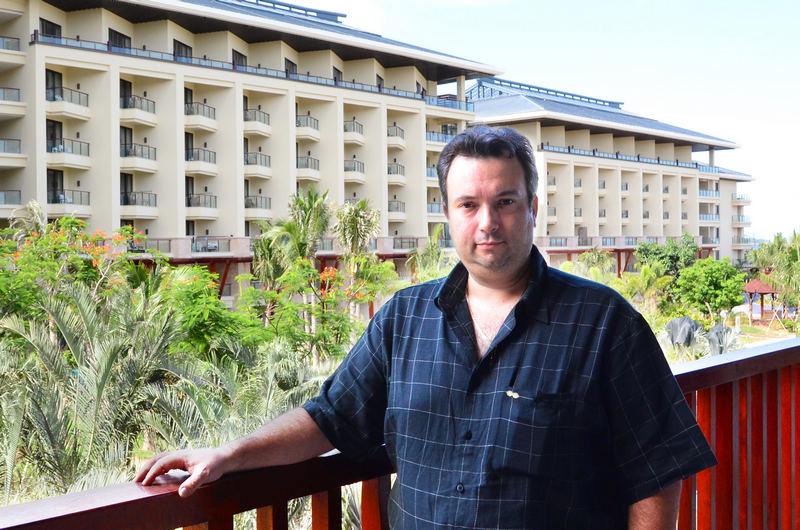 Gloria Hotels & Resorts is pleased to announce the appointment of Nicolas C. Solari as the General Manager of the soon-to-open Haitang Bay Gloria Sanya. Mr. Solari is responsible for the daily operation and management of the deluxe resort property located on Haitang Bay, Sanya.

Mr. Solari is a seasoned hotelier with a proven track record of success operationally and financially. He is earning his MBA degree at the famous Glion Institute of Higher Education.

He has served in various management capacities in some of the world’s renowned hotel corporations such as: Hyatt, Moevenpick, Radisson, Nikko JAL hotels and Viking River Cruises in Asia. Nicolas’ 20+ years experience include leading several operations openings in China, Egypt and Switzerland.

His exposure has been on four continents but he spent most of the last 10 years in China. He has been successful in integrating multiple cultures and dynamically developing local nationals to executive level positions.

He first joined Gloria hotels & Resort in 1999, pioneering the resort industry in the “Hawaii of the East”, the Island of Hainan. Nicolas was part of the team, which initially developed the reputation of the Yalong Bay property, received the award of first five stars resort in China. Nicolas rejoined the Gloria group recently and will lead the energetic opening team of the much-anticipated Haitang Bay Gloria Sanya, as General Manager.

Bearing a positive outlook in life, and fervor for his chosen profession, he has received various commendations for his works, becoming an inspiration to his fellow hoteliers. His extensive experience in the hotel industry coupled with his focus on operational excellence makes him a perfect fit for the opening of the latest luxury resort by Gloria Hotels & Resorts on Haitang Bay, Sanya.