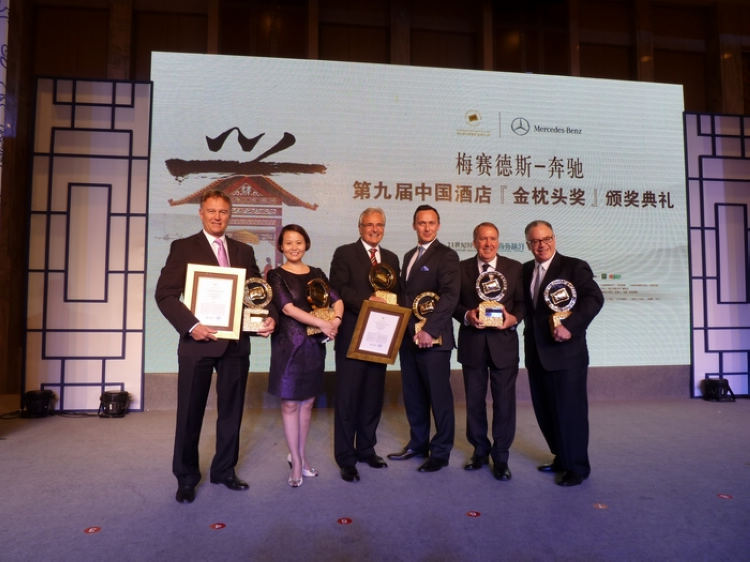 The evaluation of "the 9th Golden-Pillow Award of China Hotels" has lasted for nearly four months during which dozens of feedbacks from professional judges, including business experts, media, artistic judging panels, hotel investors, and millions of votes from citizens were considered.

Launched on 8th of January, Kempinski Hotel Haitang Bay Sanya was highly recognized by its guests and industry professionals for the sophisticated facilities and personal. The acknowledgement from the winning of the Golden Pillow Award motivates the team to keep the standard and provide exceptional experiences to all guests continuously.

The Kempinski Hotel Haitang Bay Sanya is located directly opposite Wuzhizhou Island, 25 minutes away from Sanya Phoenix International Airport. The hotel is made up of main building, villas, conference centre, golf & Spa. European luxury standards and traditional Chinese wood-carved design elements combine in 576 elegantly decorated guest rooms and 52 luxuriously appointed villas. Guests can choose to transfer to their rooms or to one of the hotel’s restaurants by private gondola along the 1200 meters sea-water river.

The Grand Ballroom and eleven Meeting Rooms have been designed to suit a variety of conference and meeting needs. The facilities are equipped with the latest A/V equipment; the 1,500 m2 Grand Ballroom can host events for up to 1,200 people. Chinese and International cuisines are featured at the hotel’s restaurants, Café Berlin features cuisine from the four corners of the world, Yuen Court for Cantonese cuisine and Paulaner Bräuhaus for traditional Bavarian delicacies. Our Executive Chef and his team are preparing to surprise guests with an array of elegant culinary creations.