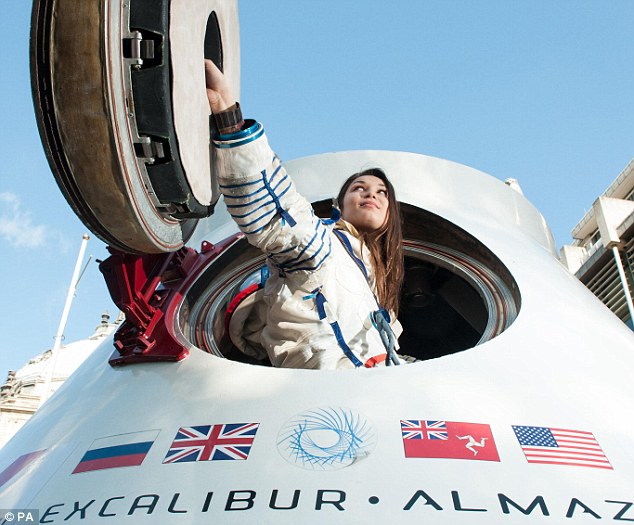 We all want our holidays to be out of this world – but don’t be surprised if you come back without a suntan from the latest exotic break to hit the tourism market.

One British company is offering seats to adventurers willing to go the extra mile on a historic journey to the moon.

And the first 500,000-mile round trip in a converted Soviet-era space station could take place as early as 2015.

Isle of Man-based Excalibur Almaz announced at a space tourism meeting in London that it is ready to sell tickets – likely to cost around £100 million per person.

If the bold plan succeeds, it will be a private British space company that will carry out the first manned moon mission since Apollo 17 in 1972.

The aim is for three people to fly to the moon, orbit the lunar surface and return safely to earth. 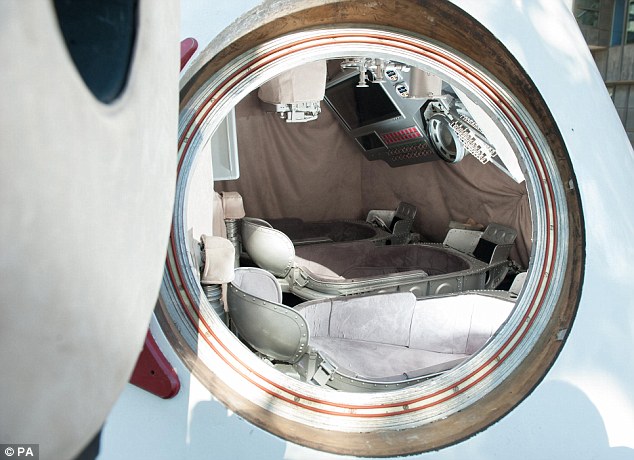 Snug: An interior view of the capsule shows a rather cosy fit

Four re-entry capsules, or re-usable return vehicles (RRVs), will ferry three people at a time to the orbiting space station and return them to earth.

Much of the actual flying will be computer-controlled and all necessary training, including the human skills needed to pilot the spacecraft, is provided in the package. 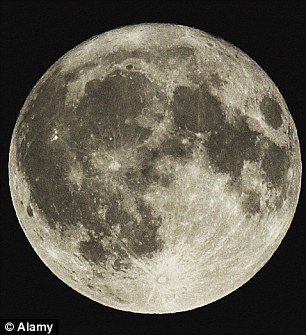 Next holiday destination? Trips to the moon could take place in 2015

Marketing studies suggested, at a ‘conservative estimate’, that around 30 moon-mission seats could be taken up between 2015 and 2025 – enough for one trip a year.

The RRVs can be used 15 times and each space station has a service life of 15 years.

The trip would be a ‘private expedition’ rather than a sightseeing tour.

‘Excalibur Almaz is willing and able to send crewed missions deeper into space than would be possible aboard any other spacecraft in existence today,’ said Mr Dula.

‘Our fleet of space stations and re-entry capsules enables us to safely fly members of the public to moon orbit as early as 2015.

‘There is not a single other vessel, owned by a government or the private sector, that is suitable for a manned flight to lunar orbit, utilising proven technologies.

‘The EA fleet has previously flown to space several times and will undertake many more missions. It contains vessels of a design that has spent thousands of hours in space successfully. This is scientific fact, not fiction.’

The station has 90 cubic metres of living space and provides a protected ‘refuge’ where crew members can shelter in the event of a solar radiation storm.

Although the programme involves U.S. personnel and Soviet technology, Mr Dula sees it very much as a British enterprise.

He says he chose the Isle of Man not only to take advantage of its tax benefits but because it is a hub of space industry. Of the 54 international space satellite companies, 30 are based on the island.

‘Let’s talk about being a space-faring society like we were a sea-faring society. It’s exactly in the same vein as the historic exploration that was done by Europe and the British Isles over the last several centuries that resulted in so much growth,’ Mr Dula told the meeting.

‘We’ve already had billionaires who have said they will mine the asteroids,’ he said.

‘This is a paradigm shift…whether we do it or somebody else does it, it’s never going to go back to being national space programmes.’

Editorial Message
This site contains materials from other clearly stated media sources for the purpose of discussion stimulation and content enrichment among our members only.
whatsonningbo.com does not necessarily endorse their views or the accuracy of their content. For copyright infringement issues please contact editor@whatsonsanya.com

Next news: Sales of Zongzi soar in Haikou ahead of Dragon Boat Festival