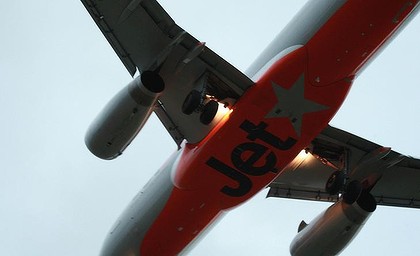 The new service had the potential to boost travel numbers to WA from its fastest growing source market. Photo: James Davies
Perth’s bid to capture the Chinese tourist market has been given another boost with the announcement of a new air service from the island of Hainan, home to eight million people.

Jetstar today announced it would be operating four weekly flights between Perth and the city of Haikou, via Singapore.

Hainan is off the southern coast of China, and is the closest Chinese port to Perth.

He said Jetstar would be working with the Hainan provincial government to market the fares to Perth.

"With strong growth in tourist arrivals and expenditure, China is becoming an important tourism market for WA and gaining greater air access will enable even more visitors to experience our extraordinary State," she said.

According to figures released in March, WA enjoyed a 57.5 per cent leap in the number of Chinese visitors last year, following a $5.2 million state government marketing campaign.

The fares will also provide a new opportunity for WA tourists to visit one of China’s most popular leisure destinations.

In another sign China is becoming one of Australia’s most important markets, Tourism Australia announced last month its next campaign will be launched in Shanghai in June, before being shown around the world.

Until now, such campaigns have always been unveiled in Australia.

Tens of thousands of people from China’s burgeoning middle class are coming to Australia each month.

Tourism Australia’s managing director, Andrew McEvoy, said the ads would include a focus on scenery, emphasising the ”reds, blues and greens” of the natural environment.

Mr McEvoy said Asia, and China especially, presented a growth opportunity for the tourism industry, which is battling the high Australian dollar.

”The whole industry is one in transition. If you look at the numbers, Asia generally, China included, was probably a few years ago worth less than 40 per cent of the total business to Australia,” he said. ”But by 2020 it will be probably more than 53 per cent or 54 per cent of the business.”

smh.com.au
Editorial Message
This site contains materials from other clearly stated media sources for the purpose of discussion stimulation and content enrichment among our members only.
whatsonsanya.com does not necessarily endorse their views or the accuracy of their content. For copyright infringement issues please contact editor@whatsonsanya.com

Previous news: PUMA leads the VOR fleet by 40nm into the final 650nm to Miami