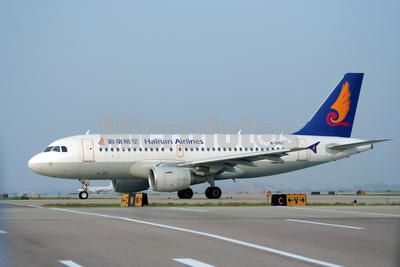 After two years of competing with high-speed rail lines, Chinese airlines are trying to find a mutually beneficial solution for both sides.

Passengers can buy high-speed rail tickets from Haikou to Sanya when booking tickets on any Hainan Airlines flight to Haikou.

The rail fares will be the same as those offered directly by railways. The airline will eventually sell tickets to other stops on the high-speed rail route.

Hainan Airlines is not the only carrier with such a program.

China Eastern Airlines Co Ltd will start to sell high-speed rail tickets at the end of this month.

Tickets in either direction will be offered between Shanghai and four other cities – Suzhou, Wuxi, Changzhou and Ningbo.

Ticket sales for high-speed rail lines will expand gradually within the main cities of Anhui, Jiangsu and Zhejiang provinces and Shanghai, which are under the jurisdiction of the Shanghai Railway Bureau, said Shen Xiaosheng, deputy director of the carrier’s publicity department.

He said fares will fluctuate, but joint tickets will cost less than the total air and rail fares if sold separately.

China’s high-speed rail service has been operating for two years and has had a broad, adverse effect on airlines’ domestic business.

"High-speed rail services heavily affect the business of flights of less than 500 kilometers," said Yuan Huifang, deputy general manager of marketing and sales at Hainan Airlines. "But we want to find a way to cooperate with rail systems."

However, it’s not easy for airlines and railways to work together.

Hainan Airlines took almost one year to prepare for the program, and it was difficult to combine the two different ticketing systems, said Wang Yue, manager of product development at Hainan Airlines.

"I believe more railway stations and airports will be built together for joint operations," she added.

Carriers must improve their services to deal with the ongoing expansion of high-speed rail service, analysts said.

As much as 3,500 kilometers of new high-speed rail lines will be built in 2012. The four main north-south routes, including one between Beijing and Guangzhou, will be finished this year, the People’s Daily reported in February.

The heaviest competition from high-speed rails won’t come until 2013 or 2014, as most of the new lines won’t go into service until the end of 2012, said Li Lei, an aviation analyst at CITIC Securities Co Ltd.

Airlines might abandon some feeder flights, which can be replaced by high-speed rail service, while adding flights to other routes, Li said.