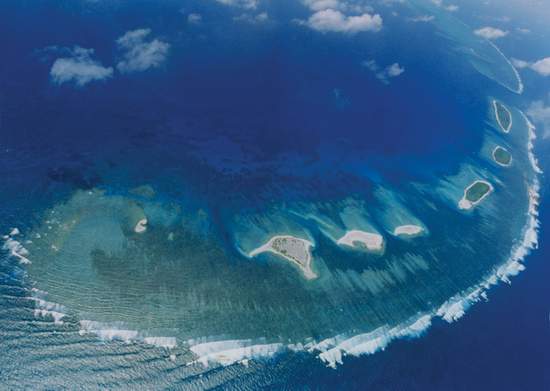 A bird’s-eye view of Paracel Islands aka Xisha Islands

A Chinese cruise operator said Tuesday one of its ships had just returned from a trial tour to islands in the South China Sea that are also claimed by Vietnam, a move that has angered Hanoi.

The ship went on a three-day trip to the Paracel Islands group — Hoang Sa in Vietnamese and Xisha in Chinese — over which Beijing and Hanoi have a long-standing territorial dispute, to investigate possible tourism routes.

The Scent of Princess Coconut docked at a port in the Chinese southern island of Hainan on Monday after the trip, said an employee surnamed Chen at the Hainan Strait Shipping Co Ltd., the cruise operator.

"I don’t think it is diplomatically sensitive as the Xisha islands belong to China," he told AFP.

"The exact tourism routes have not been confirmed, this is still at a planning stage."

According to the official Xinhua news agency, the government of Hainan is drafting plans to develop tourism around the islands, and an initial proposal is that ships will sail to one of the islands but tourists will stay on board.

"They will tour around the northern shoals of Xisha, enjoying the awesome views and the blue sea, before returning to Hainan," Huang Peng, an official with the provincial transportation bureau, was quoted as saying.

"For the next stage, we will build bigger ships and make other improvements to meet the demands of high-end customers."

"China must immediately stop that action… and refrain from further actions to complicate the situation."

China and South Vietnam once administered different parts of the Paracels, but after a brief conflict in 1974, Beijing took control of the entire group of islands — although this remains disputed by Hanoi.

As such, the islands are a constant source of tensions between the two neighbours, exacerbated by other territorial disputes over the Spratly archipelago — also in the South China Sea.

A Vietnamese diplomat said last year that the region was "rife with smouldering tensions that threaten to escalate into full-scale conflicts".

China has repeatedly said it exercises "indisputable sovereignty" over the Paracels and adjacent waters, which are rich with fish and contain potential oil and gas reserves.