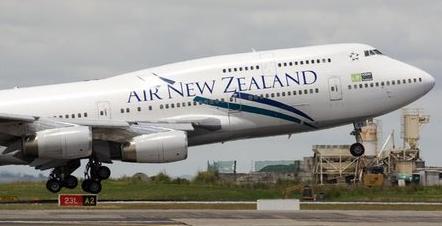 The United States-based Air Transport World (ATW) gave the New Zealand airline top honours in its annual awards, which have been running for nearly 40 years, picking it as the best airline in the world in the past 12 months.

The judges described Air New Zealand as an industry trendsetter in a number of areas, including product innovation and social media, and praised it for its staff motivation.

The airline was also commended for its efforts in helping communities affected by the Christchurch earthquakes.

Air New Zealand also won the airline of the year award in 2010, and chief executive Rob Fyfe said another win was a huge thrill.

"Winning ATW Airline of the Year in 2010 was, in my view, one of the greatest accolades that had ever been bestowed on Air New Zealand – in our industry it’s equivalent to winning an Oscar. To pick up the award again this year is simply outstanding."

Fyfe will accept the award at a ceremony in Singapore on February 13.

Other recent recipients of the airline of the year include Dubai-based carrier Emirates last year, and Korean airline Asiana in 2009.

Prime Minister John Key, who is also Tourism Minister, congratulated the airline, saying the award was an acknowledgement of the hard work staff and management had put into the company.

"Air New Zealand is a vital part of our tourism infrastructure. Often, the first experience incoming visitors have of New Zealand is with the national carrier, and those first impressions count."

"It also highlights to New Zealanders the innovation and quality of our multibillion-dollar tourism industry," he said.

SOURCE: nzherald.co.nz
Editorial Message
This site contains materials from other clearly stated media sources for the purpose of discussion stimulation and content enrichment among our members only.
whatsonsanya.com does not necessarily endorse their views or the accuracy of their content. For copyright infringement issues please contact editor@whatsonsanya.com