Boeing 787 Dreamliner makes debut in China, to fly to Haikou 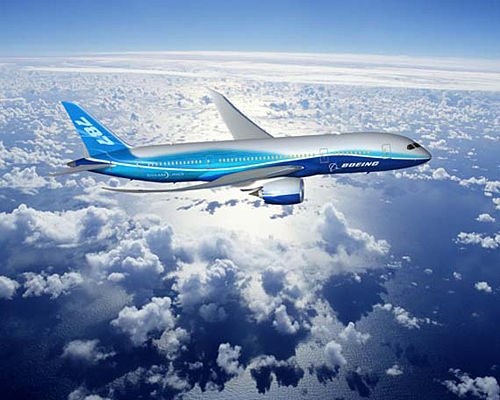 The Boeing 787 Dreamliner arrived Sunday at the Beijing Capital International Airport, making its debut in China, one of the world’s fastest-growing aviation and travel markets.

It also marks the start of a six-month worldwide Dream Tour with the all-new jet.

The airplane will be in China from Sunday till Dec 11, with stops in Beijing, Guangzhou and Haikou, where Chinese customers, partners, government officials and media will experience the revolutionary technology and passenger innovation first hand.

"We thank them for their initial commitment to the first new airplane of the 21st century," he said.

The airplane, ZA003, was originally used for flight testing, but has been elegantly refurbished to showcase the standard capabilities and features of the 787.

"I believe the Dreamliner will enable Air China to offer a superior passenger experience and I look forward to its important role in Air China’s plans for international expansion.

"Chengfei, Hafei and Shenfei — as exclusive and single-source Boeing suppliers — have made a great contribution to the success of the 787 program, producing the rudder, wing-to-body fairing, and vertical fin leading edge. We want to thank them for their role in making today possible," he added.

Made from composite materials, the Boeing 787 Dreamliner is the first mid-size airplane capable of flying long-range routes and will allow airlines to open new, non-stop routes preferred by the traveling public.

More than 800 787s are on order by more than 50 airlines, a testament to the airplane’s unique capabilities.

SOURCE: www.nst.com.my
Editorial Message
This site contains materials from other clearly stated media sources for the purpose of discussion stimulation and content enrichment among our members only.
whatsonsanya.com does not necessarily endorse their views or the accuracy of their content. For copyright infringement issues please contact editor@whatsonsanya.com

Next news: Hainan imports 48 yachts and sailboats in 2010, ranks No.1 in China