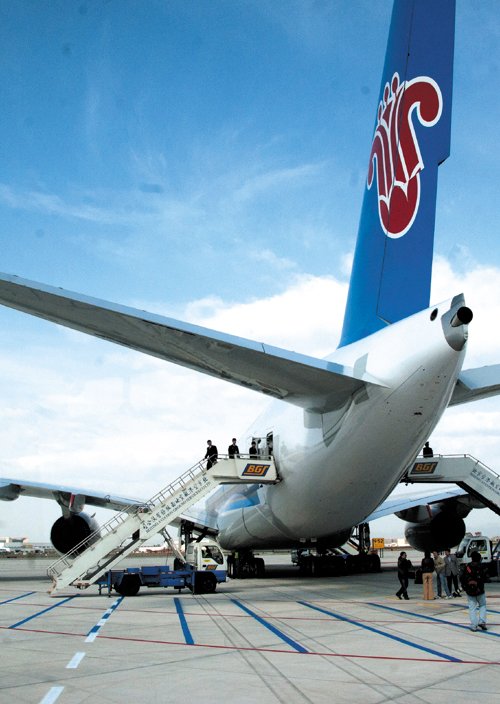 All of this month’s first-class seats on China’s Southern Airlines’ Airbus A380 sold out within just three days of the superjumbo jet’s first flight, indicating that the Chinese public is eager to try out a luxurious flight experience.

The airline said in a statement that other seats have also been popular, with more than 80 percent of the seats on some of the jet’s routes already sold.

The aircraft’s cabin comforts and spacious interior have impressed many customers, with pictures of passengers sprawled out on spacious seats and holding glasses of champagne on the front pages of several local newspapers.

China Southern, the seventh company in the world to fly an Airbus superjumbo, has ordered five more A380s, the airline said.

SOURCE: www.chinadaily.com.cn
Editorial Message
This site contains materials from other clearly stated media sources for the purpose of discussion stimulation and content enrichment among our members only.
whatsonsanya.com does not necessarily endorse their views or the accuracy of their content. For copyright infringement issues please contact editor@whatsonsanya.com