Star Cruises’ SuperStar Aquarius to homeport in Sanya next month 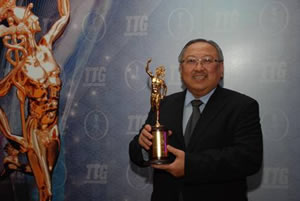 Star Cruises, the world’s third largest cruise operator, has been recognized as a “Travel Hall of Fame” Inductee by TTG Asia Awards for the fourth consecutive year. The prestigious accolade is one of the travel industry’s pinnacle recognitions for an outstanding leader that has won the same TTG Asia award at least 10 consecutive times.

Star Cruises was initially inducted into the “Travel Hall of Fame” in 2008 after being named the “Best Cruise Operator in the Asia-Pacific” for ten years. This is the fourteenth time that Star Cruises received accolades from TTG Asia.

"It is a great honour for Star Cruises to be recognized as an industry leader for fourteen years consecutively,” said Mr William Ng, Chief Operating Officer of Star Cruises. “We are grateful for the support that TTG, our travel partners and the media have extended to us. Their support contributed to our success as much as our hardwork and dedication.”

He continued, “We take pride in pioneering cruise holiday in Asia since 1993. As the travel markets evolve in Asia and around the world, we will continuously introduce cruise packages that our passengers find interesting and fun.”

Next news: Tropical storm Banyan weakens, will bring rains to Hainan over next 3 days