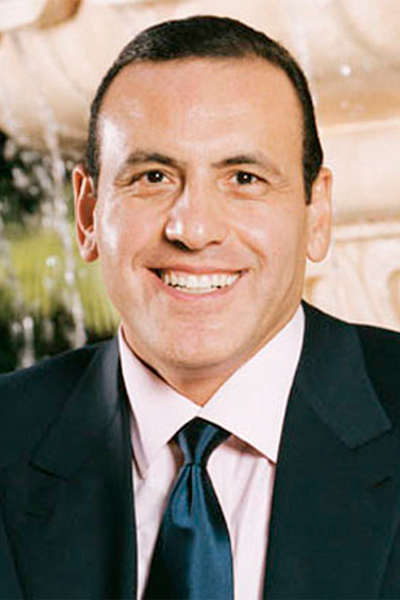 30 years ago, the top luxury hotels in the world’s cosmopolitan capitals were often Hilton, Westin or InterContinental. Today they’re more likely to be Four Seasons or Ritz-Carlton. If lifelong hotel executive Gamal Aziz has his way, MGM Grand, Bellagio and SkyLOFTS will also be getting top billing in a city near you sooner rather than later. Elite Traveler editor-in-chief Doug Gollan caught up with Aziz in Denver after hearing him speak to 6,000 corporate travel managers during the Global Business Travel Association’s annual conference. The following interview is excerpted from Aziz’s comments at the forum, as well as his private sit down with Elite Traveler.

ET: What led to the formation of MGM Hospitality?

Gamal Aziz: As you know, MGM Resorts International is the leading operator in Las Vegas. Our resorts include the MGM Grand, Bellagio, SkyLOFTS, the CityCenter complex with Aria and Vdara, Mandalay Bay, the Monte Carlo, New York-New York, Luxor and so on. The brands carry much respect—and after 2007, we were in a tight capital market and knew this wasn’t the typical recession—so it made sense to adopt a capital light and asset light strategy to expand. We found that in southeast Asia, China, India and the Middle East, there is still high growth, so it made sense to partner with developers in those areas who had the money and were excited about the MGM Grand, Bellagio and SkyLOFTS brands.

ET: The luxury market is already pretty full. What are you bringing to the table?

Gamal Aziz: We are offering [the kind of] luxury where you don’t have to whisper, and without the dusty piano in the corner of the lobby. MGM Grand is youthful luxury, where you can have fun without leaving the hotel—everything you escape to a destination to enjoy, you can find under one roof. There will be lots of entertainment, retail and fine dining choices and excitement. Bellagio is refined luxury but infused with energy and high-end amenities. Our hotels will be the hub in each city we develop, where the elite of society will gather and meet. When I worked at The Plaza, you would go into the Oak Room and at one table there would be the chairman of a global company like Estee Lauder, at the next table a great actor like Dudley Moore, at the next table would be a top fashion designer like Ralph Lauren, and at the next table would be a musician like Van Cliburn. Our hotels will be the number one choice for events, parties and weddings. They will be where leaders of business, intelligentsia and influencers will come.

ET: Can you give an example of MGM Grand’s “fun” style of luxury?

Gamal Aziz: In Sanya, which is China’s version of Hawaii, there are lots of luxury resorts. We will be the first resort to have a day club at the pool. We have the largest pool there and will be bringing in DJs from around the world, and we will have cabanas and bottle service. It will be Vegas-style luxury. There is a huge demand for this product, and it is something we are uniquely able to deliver.

ET: A number of your international projects don’t have gaming.

Gamal Aziz: Gaming is not permitted in a number of countries around the world, but we have found there is a strong demand for our luxury brands and our entertainment-infused amenities without it. Gaming will only be offered in approved destinations.

ET: So can you give us a number for the upcoming hotels you expect to have open and operating and a timeframe?

Gamal Aziz: My goal is 50 hotels by 2020, but there is potential for many more. Sanya will be our first when it opens in the fourth quarter this year. In 2012 we have Beijing and Chengdu, and in 2013, Vietnam. In 2014 we’ll open Sharm el-Sheikh and Dubai Pearl, which will be our first location to have all three brands—MGM Grand, Bellagio and SkyLOFTS—in a single location. All of our deals so far are greenfield, however, I have not ruled out re-flagging existing properties if we can bring them up to MGM standards. Right now there aren’t a lot of opportunities in North America or Europe due to the recessionary environment in both regions, so we are following where the current opportunities are. When the economy recovers in North America, you will see expansion here as well.

ET: You’re credited with reinvigorating MGM Grand with the concept of “working backwards.”

Gamal Aziz: We had great success at Bellagio, where I served as senior vice president before moving to sister property MGM Grand as president and COO. Before Bellagio, Las Vegas was known for economy hotels and cheap buffets, but we believed that if we offered something different we could draw a different profile of consumer and increase profits. When I took over MGM Grand, it was doing well, but compared to the numbers we were achieving at the Bellagio it was clear there was room for growth. I didn’t want incremental improvement, so we looked at all of our establishments—clubs, restaurants, spas, hotel rooms and so on. We then asked, “what is the potential for each?” So we looked at a restaurant that might have been doing $3 million a year in sales and $300,000 in profit, and we saw that space had the potential to do $10 million with much higher profits. We worked backwards and asked what we could do to get there as fast as we could. We established a vision, and created five uniquely branded hotel products and 36 re-imagined restaurants, nightclubs, retail outlets, etc., opening something new every 60 to 90 days for four years. For our team, this strategy gave them something to really strive for—incremental growth wasn’t satisfying when we knew there was a much higher potential. In four years we went from a $170 million EBITDA to just under $400 million.

ET: You are a believer in sharing information.

Gamal Aziz: When I first started in the business, there was the idea that you shouldn’t share numbers with your employees. That was just wrong. Employees are far more interested in the business than most people give them credit for. They want to participate in growth because as the company wins, they win. At Bellagio and MGM Grand, 10 minutes before everyone starts their shift or day they get a full briefing—they learn what occupancy is, who are the VIPs in-house or coming in, who is performing, what special events are going on and how the business is doing. We have earned numerous awards as one of the best places to work. You have to make your employees your partners. Sharing information gives them a bigger stake in the business.

ET: How do you create the non-traditional luxury that has made Bellagio, SkyLOFTS and MGM Grand successful?

Gamal Aziz: There is always the inclination to get people from within the industry who have worked for competitors. At MGM, we don’t benchmark competitors because we aren’t interested in being incrementally different or better. Our approach is to get different creative people who are at the top of their field together—so we are working with the top DJs, the top designers of residential buildings, an IT genius, top talent from the hospitality industry, top restaurateurs—and when you get everybody in a room and start talking about the project, all of a sudden you get ideas that nobody would have come up with on their own. 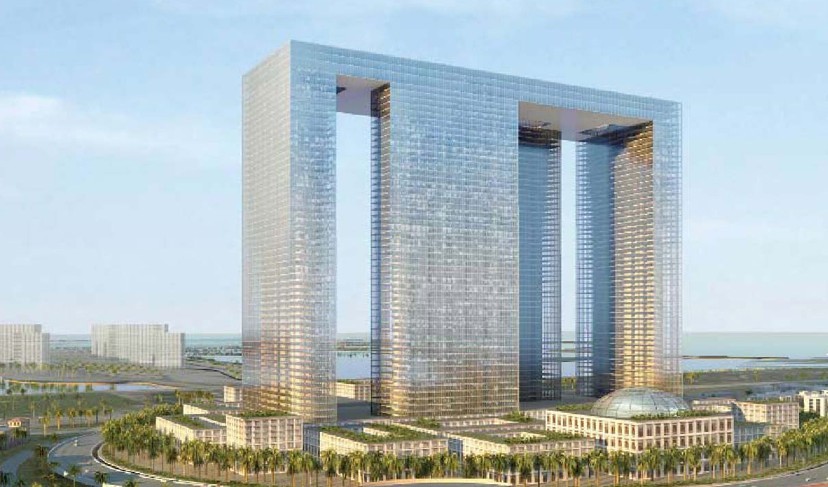 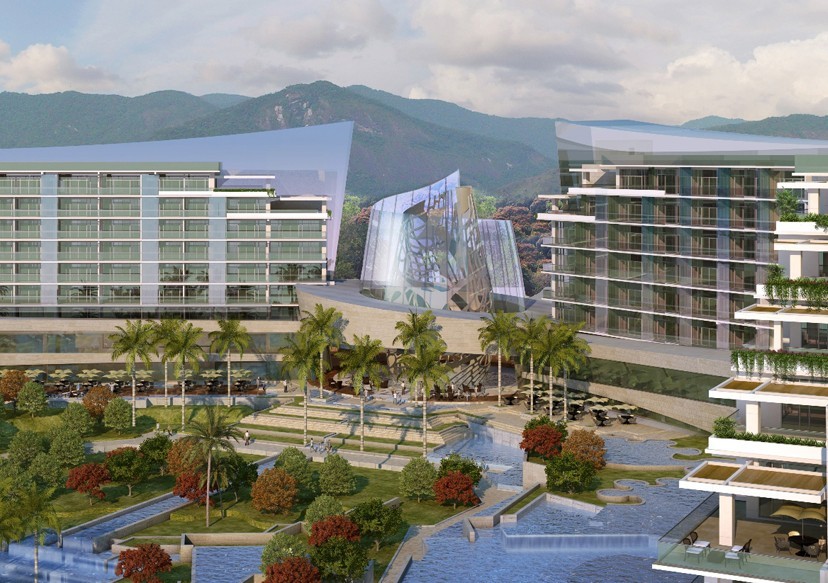 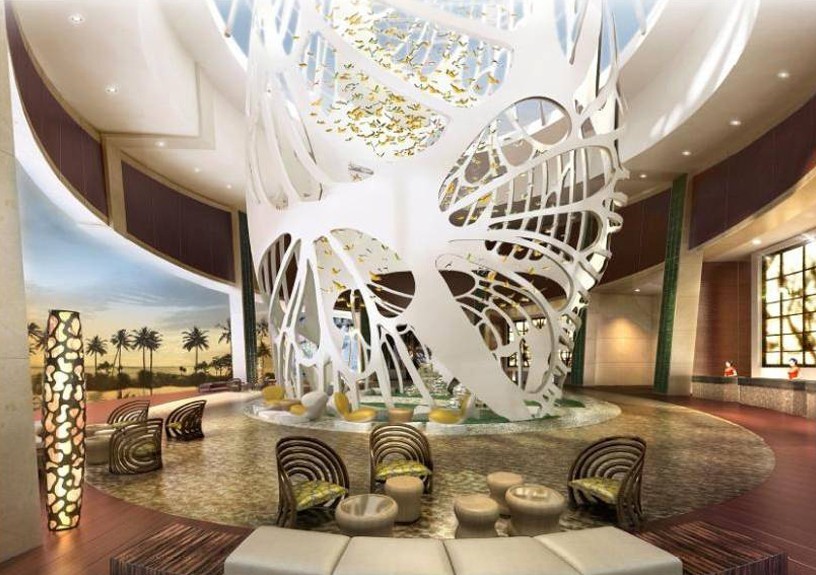 SOURCE: www.elitetraveler.com
Editorial Message
This site contains materials from other clearly stated media sources for the purpose of discussion stimulation and content enrichment among our members only.
whatsonsanya.com does not necessarily endorse their views or the accuracy of their content. For copyright infringement issues please contact editor@whatsonsanya.com

Previous news: Gaopo village in Ding’an of Hainan is home to many bachelors

Next news: 5 more direct flights to be launched between Hainan and Taiwan