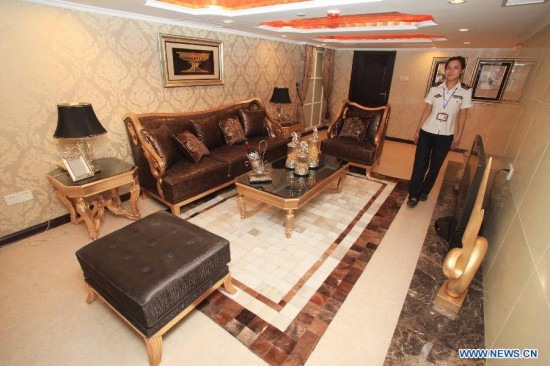 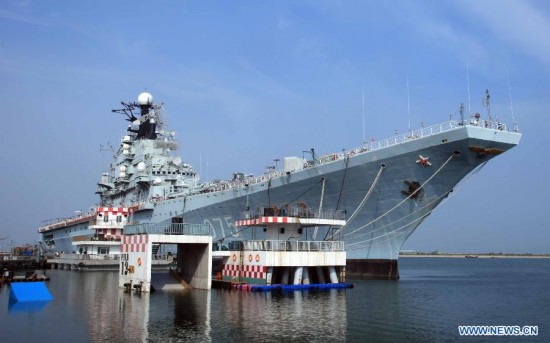 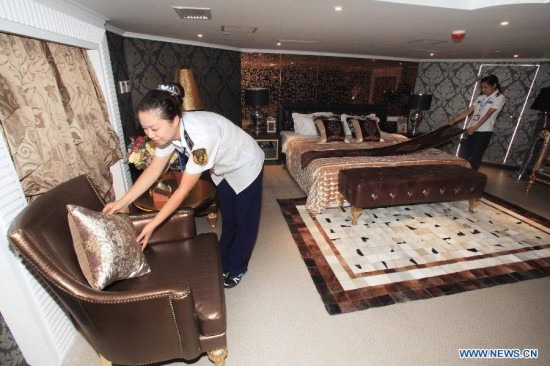 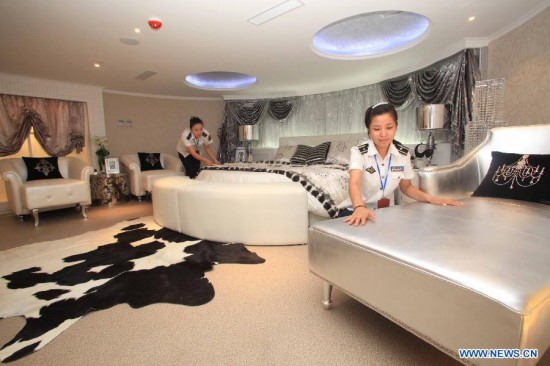 The Kiev, a retired former Soviet aircraft carrier was sold to a Chinese company back in 1996, and was used as part of a military theme park in the Tianjin Province, since 2004. But since the acquisition of a working carrier, the Varyag, people have begun looking at these mighty ships as symbols of their country’s military might, so the owners of the Binhai Aircraft Park decided to cash in on their interest. They spent over $15,5 million restoring the old attraction and converting it into a luxury hotel.

Most Chinese people apparently find these aircraft carriers fascinating and mysterious, and since they’ll probably never get the chance to board one that’s in service, they’ll have to satisfy their curiosity at China’s first aircraft carrier hotel. But for some reason designers decided to opt for lavish rooms and suites instead of the standard naval decor, which will probably drive away tourists looking for a genuine experience. There are five presidential suites in total, fitted with large comfortable beds, expensive furniture, cow skin rugs, and pretty much everything you’d expect to find in a lavish five-star hotel. Prices haven’t yet been made public, but looking at how this place looks, I’m thinking it’s targeting China’s upper class citizens.

SOURCE: www.odditycentral.com
Editorial Message
This site contains materials from other clearly stated media sources for the purpose of discussion stimulation and content enrichment among our members only.
whatsonsanya.com does not necessarily endorse their views or the accuracy of their content. For copyright infringement issues please contact editor@whatsonsanya.com

Next news: House transaction volume in Hainan bounces back in August