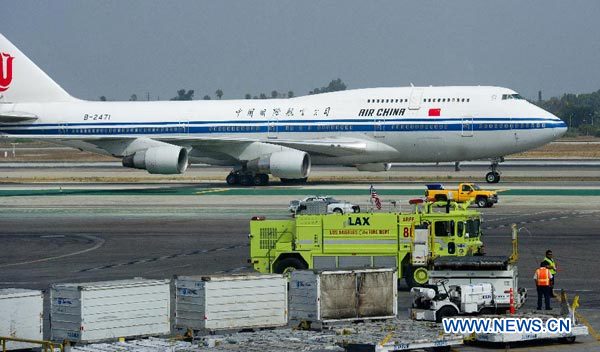 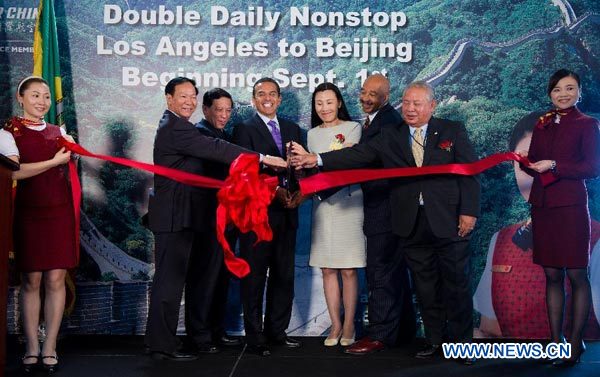 "The additional service between our two cities reaffirms the close ties between our countries," Chinese Ambassador to the U.S., Zhang Yesui said in a speech delivered on the site. "It is our hope that this will also serve to promote a closer exchange between the U.S. and China not only in trade but also among its people."

Los Angeles Mayor Antonio Villaraigosa, along with the Chinese Consul General in Los Angeles Qiu Shaofang as well as other officials from Air China and airport authorities cut the ribbon for the inauguration of the new flight. A Boeing 747-400 combi, which has arrived at LAX on the maiden flight, was bathed in water as two Los Angeles Fire Department engines water cannoned during the ceremony held on the tarmac.

Air China, the flagship carrier of China, will begin next year to operate in all U.S. routes with Boeing 777-300ERs, which feature customer-friendly amenities including suites, flat beds and individual entertainment facilities, according to the airline.