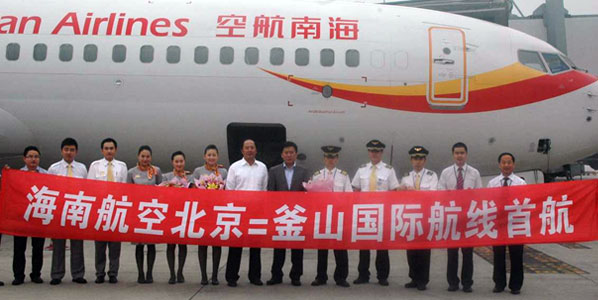 The following day, Hainan Airlines began operating twice-weekly between Manzhouli (NZH) in the northeast of the country, bordering Russia, and Chita (HTA) in Russia, merely 400 kilometres apart. Both new routes are operated with 164-seat 737-800s.
SOURCE: www.anna.aero
Editorial Message
This site contains materials from other clearly stated media sources for the purpose of discussion stimulation and content enrichment among our members only.
whatsonningbo.com does not necessarily endorse their views or the accuracy of their content. For copyright infringement issues please contact editor@whatsonsanya.com