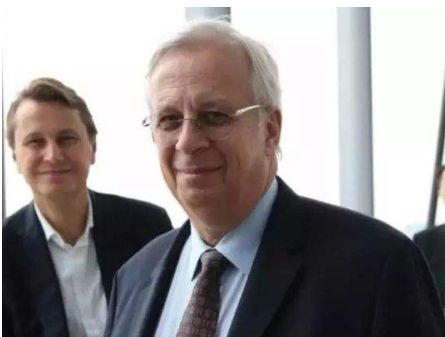 Royal Vopak is the foreign investor of Vopak SDIC Terminal Yangpu, Ltd, a joint venture between Vopak and State Development Investment Corporate. The joint venture’s Yangpu 300,000-dwt Crude Oil Terminal Project was initiated in 2008 and will be constructed through two phases. So far, 73.75m RMB of the total 7b RMB-investment has been completed. This is Hoekstra’s first visit to Hainan since he took office at the beginning of 2010.

Wei Liucheng congratulated Hoekstra on his recent appointment and introduced to him the development advantages of Yangpu Economic Development Zone. Strategically located at major international shipping lanes, Yangpu has easy access to South China and enjoys most favorable policies in China, offering a promising future for petrochemical industry and tank storage business. The Crude Oil Terminal Project will play a positive role in promoting the development of petrochemical industry within Yangpu. Hainan Provincial CPC Committee and People’s Government will provide all the needed support to the smooth advancement of the project.

Luo Baoming introduced to Hoekstra social and economic development of Hainan. Yangpu is now committed to be a shipment hub and logistical center for petrochemical products. In last year alone, Yangpu opened 15 shipping lanes going in and out of China. The 300,000-dwt Crude Oil Terminal Project echoes with the positioning of Yangpu and will greatly promoted the future growth of the Economic Development Zone. All levels of government in Hainan will provide all the needed support to the project so as to ensure its smooth progress. Luo also invite Hoekstra to come to Hainan again for holiday and continue to participate in Hainan’s endeavor to be an international tourist destination.

Hoekstra thanked Wei and Luo for their hospitality. Royal Vopak has always valued the favorable location of Yangpu and is ready to contribute to its development. The Yangpu 300,000-dwt Crude Oil Project is of great strategic importance for Vopak. With the support of the Hainan Provincial CPC Committee and People’s Government, Vopak will continue to work together with the Chinese partner to clear the remaining hurdles and ensure earlier construction of the project.