"We have nine management agreements signed in China out of 20 agreements signed around the world with another 30 in the planning stage," said Michael Sagild, MGM Hospitality’s Managing Director—Asia Pacific Development.

A challenge that MGM Hospitality has faced is the assumption that its hotels are all about gaming, a controversial issue in Asia and the Middle East. 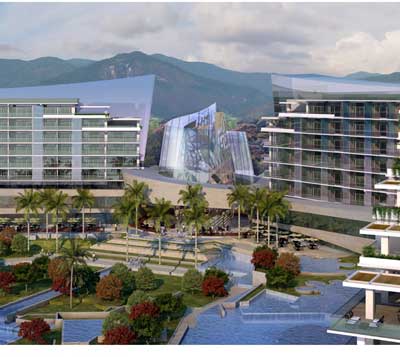 MGM Grand Sanya
KUALA LUMPUR—As pure gaming profits continue to tumble in Las Vegas, MGM Resorts International is gambling that luxury travel rather than gaming will pay off in Asia and the Middle East.

The first MGM Grand Sanya will open in Hainan Island, China, at the end of 2011, followed by hotels in Vietnam, Dubai, Taiwan, and Mumbai and New Delhi in India.

"We are signing contracts across the world—more specifically in Asia with most in China," said Michael Sagild, MGM Hospitality’s Managing Director-Asia Pacific Development. "We have nine management agreements signed in China out of 20 agreements signed around the world with another 30 in the planning stage." 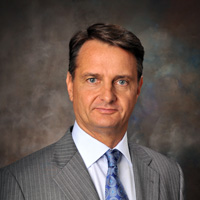 Michael Sagild, MGM Hospitality
Sagild, who was appointed to his job a year ago, is one of the company’s relatively new arrivals from the non-gambling world. He is charged with leveraging its world-famous brands—the company’s most "cherished treasure"—while increasing MGM’s footprint by operating hotels and branded residences in emerging markets.

Most countries in Southeast Asia and the Middle East either ban or strictly control gambling, so this, combined with a explosion in the spending power of the middle class looking to splash some cash at Vegas-style resorts, makes Asia the perfect place for MGM Hospitality to focus, Sagild said.

The company is exporting "destination hotels," which will benefit locals with its restaurants and high-end retail outlets while also appealing to international travellers who feel at home with the brand, he said.

Asia is "absolutely important" to the company, said Sagild, thanks to the massive upsurge in local tourism from low-cost air carriers across the region.

The MGM brand is aspirational, he said. "Families are educating their children overseas and these children are exposed to our brands which have a halo effect on Asian consumers."

Unlike the competition, including brands such as Four Seasons and Peninsula that are in the same market as Bellagio, MGM Hospitality finds it strength is in the food-and-beverage operations rather than the rooms, according to Sagild.

"Though they are obviously very important, we believe we are very good at operating restaurants and retail outlets, and also (meetings, incentives, conferences, exhibitions) destinations," he said. "Our competitors are shying away from F&B and are happy to outsource while we have expertise in these areas and make them our driving force."

Even now, in this social media era, people need to be with other people, Sagild said.

"I believe that people seek venues where there are people and where you need to dress up and you feel good," he said. "We’re interested in creating destinations where people come together—we feel that we are very good at this."

One challenge that MGM Hospitality has faced is the assumption that its hotels are all about gaming, a controversial issue in Asia and the Middle East.

"In countries where for political or religious reasons no gaming is allowed, we have to explain that MGM is much more than that—we have Michelin-starred chefs, great shops, Cirque du Soleil shows, and other great entertainment," said Sagild.

Another challenge with working in emerging destinations has been finding locations where local authorities have a proven track record of handling large-scale projects successfully, he said.

"We chose Ningbo in China for example, because of its well planned economic zone: high-end brands like Cartier are there already, and it’s an interesting site," he said.

In every project, the company does plenty of due diligence.

"We are very stringent about whom we do business with, and we turn down more projects than we accept," Sagild said.

SOURCE: www.hotelnewsnow.com
Editorial Message
This site contains materials from other clearly stated media sources for the purpose of discussion stimulation and content enrichment among our members only.
whatsonningbo.com does not necessarily endorse their views or the accuracy of their content. For copyright infringement issues please contact editor@whatsonsanya.com