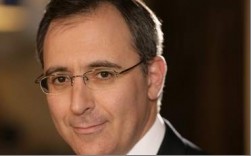 Intercontinental Hotel Group’s (IHG) new boss is planning to expand into China with a new luxury Chinese hotel brand, according to reports.

Richard Solomons, who will take up his new post in July as the CEO of the world’s largest hotel group, sees "great opportunity in the region", according to a report in the Sunday Times.

Tapping into predictions that within ten years, one in four travellers will be Chinese, IHG plan to open their new upmarket brand in cities all over the world, targeting Chinese travellers, as well as in China itself.

Details of the brand, including the name, have not yet been revealed.

Solomons has been with IHG since June 1992 and his current role is as Chief Financial Officer and Head of Commercial Development. Solomons will take over from IHG’s current CEO, Andrew Cosslett.

IHG’s owns seven hotel brands, with 4,400 hotels in over 100 countries worldwide, including the Holiday Inn, Hotel Indigo and the Crowne Plaza, which is already successful in China.

Editorial Message
This site contains materials from other clearly stated media sources for the purpose of discussion stimulation and content enrichment among our members only.
Whatsonsanya.com does not necessarily endorse their views or the accuracy of their content. For copyright infringement issues please contact editor@whatsonsanya.com