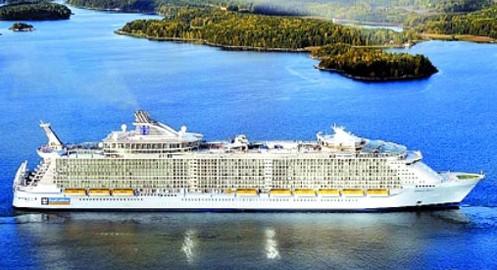 Hainan Empress
Sunshine and the beach first come to mind about the island of Hainan – China’s southernmost province, an allure that is increasingly known worldwide as it is set to become an international tourist destination.

Since the province’s tourism was included in a national blueprint about a year ago, local authorities have taken new initiatives to add to its attraction.

One of the moves is free-duty shopping, which has made Hainan one of the few islands worldwide with such a benefit for travelers. Since the policy took effect in April, many new tourists have included Hainan on their itinerary.

Every morning before the duty-free shop in Sanya opens, crowds of people wait in the adjoining square to begin their shopping, with the average number of daily customers now surpassing 10,000.

The shopping fever has proven so popular that it even triggered a 10 percent rise in tourist agency prices for a trip to Hainan.

Another incentive is a new policy implemented last November that allows yacht owners without residency in Hainan to register their boats on the island. As well, overseas yachts can be exempted from the previous compulsory system requiring a pilot to bring their boats into harbor.

The moves have spurred growth in wharf construction. In addition to the number of berths already built in the famed tourist resorts of Sanya and Haikou, another 13 recreational harbors are planned.

Hainan Empress, a luxury Greek cruise liner named after the province, is expected to launch its Hainan island trip in the second half of this year.

The efforts reflect Hainan’s yachting advantages over many port regions of China. It faces Southeast Asia and is near Taiwan to the northeast.

Already home to the country’s first berth specially designed for cruise ships, a new cruise terminal of a 250,000-ton berth is planned in Hainan.

The province is also putting the final touches on two 70,000-ton cruise berths in Haikou.

As well, helicopter routes are expected to begin this year.

New ways of overland travel are also under development, with recreational vehicle (RV) sites being built or planned.

Popular in the West as traveling homes, RVs will soon be able to take a leisurely road trip to a national RV tourism demonstration base in Hainan built by the China Tourism Group or the RV campsites planned by Beijing-based Centech RV Co.

The province’s first RV camping site opened in Haikou in early February, enabling tourists to experience a new mobile lifestyle and view the natural landscape beyond the seaside, including the island’s rich tropical forests.

A growing number of couples favor Hainan for their holidays, enjoying scuba diving, ocean cruises or even wedding ceremonies wearing the traditional clothing of Hainan’s native Li ethnic group and honeymoons in a forest hut.

The local government also plans to improve infrastructure and introduce more water sports to the island in the near future.

SOURCE: China Daily
Editorial Message
This site contains materials from other clearly stated media sources for the purpose of discussion stimulation and content enrichment among our members only.
whatsonxiamen.com does not necessarily endorse their views or the accuracy of their content. For copyright infringement issues please contact editor@whatsonxiamen.com

Next news: Duty-free shop in Hainan receives flurry of criticism over its management