HomeTravelTravel NewsGulfstream to supply aircraft for Deer Jet, a subsidiary of Hainan Airlines

Gulfstream to supply aircraft for Deer Jet, a subsidiary of Hainan Airlines 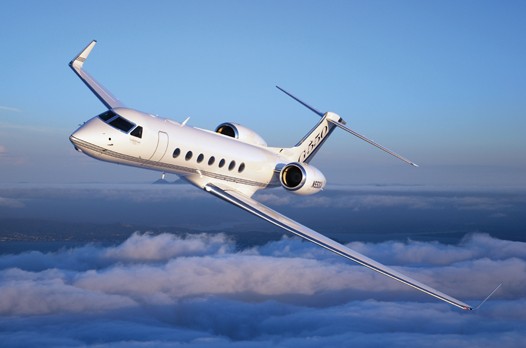 Gulfstream President Joe Lombardo commented on the strong relationship between the two companies and pledged the excellent product support for which Gulfstream is known.

"We are delighted by this new phase of our relationship," Lombardo said, "and look forward to it growing and deepening in the future."

Gulfstream’s large-cabin aircraft, including the G450 and G550, are some of the most popular aircraft in China. The G550 is powered by enhanced Rolls-Royce BR710 turbofan engines and has a range of 6,750 nm (12,501 km) at Mach 0.80 and a high-speed cruise capability of Mach 0.87. With its long legs, the G550 easily connects Washington, D.C., to Dubai; London to Singapore; and Tokyo to Paris. The G550 is renowned for its technologically advanced design and was awarded the National Aeronautic Association’s Robert J. Collier Trophy, the most prestigious aviation award in the United States.

The Gulfstream G450 is a direct descendent of the storied GIV®-series of aircraft, the best-selling business jet in the world. One of the most dependable aircraft in its class, the G450 recently received updates to its payload-carrying capability and performance. It can reach a maximum operating speed of Mach 0.88 and carry a team of eight up to 4,350 nautical miles (8,056 km) at its normal cruise speed of Mach 0.80.

SOURCE: Elite Traveler
Editorial Message
This site contains materials from other clearly stated media sources for the purpose of discussion stimulation and content enrichment among our members only.
whatsonningbo.com does not necessarily endorse their views or the accuracy of their content. For copyright infringement issues please contact editor@whatsonsanya.com