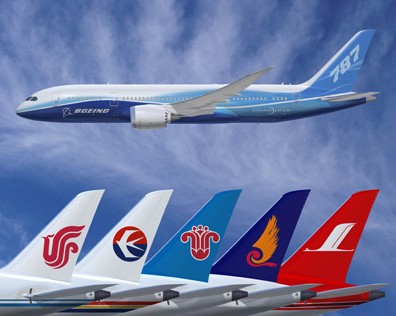 Boeing this week pushed back first delivery of the 787 to ANA to this year’s third quarter, marking the seventh time the Dreamliner program has been delayed (ATW Daily News, Jan. 19). HNA has eight 787s on order; it now believes its first will come in the 2012 first quarter. "Our development plan is seriously affected by the 787’s continuous delays. I hope Boeing can deliver it as soon as possible," Chen said.

Last year Air China switched its 15 787-8s to 787-9s, which are expected to be delivered between 2015 and 2018. CEA is reportedly negotiating with Boeing regarding a cancellation of its order or a change to other aircraft types. China Southern will be the first Chinese carrier to receive the 787, possibly by the end of 2011.

SOURCE: ATW
Editorial Message
This site contains materials from other clearly stated media sources for the purpose of discussion stimulation and content enrichment among our members only.
whatsonsanya.com does not necessarily endorse their views or the accuracy of their content. For copyright infringement issues please contact editor@whatsonsanya.com