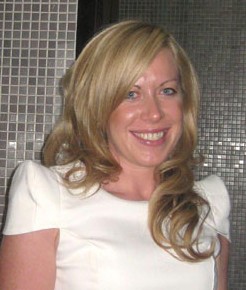 From the company’s Bangkok head office, Kathryn will lead projects for worldwide new spa launches for the four brands under the MSpa International umbrella, with responsibility for Mandara Spa, Anantara Spa, Aequalis Spa and the Individually Tailored Spa Collection throughout Asia, the Middle East, Africa and Europe.Indeed since MSpa International is fast becoming a major player in deluxe spa design, development and operation, with an expanding global portfolio, Kathryn’s strong hospitality operations background, combined with her recent MSpa brand experience and a passion for travel, places her in excellent stead to take the helm for international projects in the pipeline.

While new to the role of International Project Manager, Kathryn is already familiar with two of the MSpa brands, having relocated to the company’s Bangkok offices after a year spent as Spa Director for both Anantara Spa and Mandara Spa in Hua Hin. Kathryn’s MSpa International experience also includes a stint as a taskforce Spa Director for Anantara Spa at Qasr Al Sarab Desert Resort near Abu Dhabi; a spa property for which she is currently launching a new wellness programme.

Commencing her career with management positions in the hospitality industry, Kathryn entered the spa industry in 2003 having completed an advanced diploma in Beauty Therapy. Kathryn has enjoyed managerial positions for leading international brands, such as Hilton, and was appointed Business Development and Training Manager for the Australian based beauty salon franchise Body Bronze, with responsibility for opening seven of the company’s 45 salons, as well as creating and implementing a new franchise model. During her time as a spa consultant, Kathryn successfully opened Manhor Men’s Concept Spa in Melbourne, before relocating to Thailand to join MSpa International in 2009.

Such a wealth of experience will be relied upon heavily over the next two years, with plans to open eight new spa within 2011, made up of one new Elemis Spa at the new St Regis, Bangkok, five new Anantara Spas at Honglong Boutique Hotel, Anantara Sanya and Anantara Xishaungbanna in China, Anantara Al Madina A’Zarqa in Oman, and at Anantara Uluwatu in Bali, and three new Mandara Spas at the Regent Phuket in Thailand, and at the Pullman Lijiang and Richgate Residence Lanzhou in China.