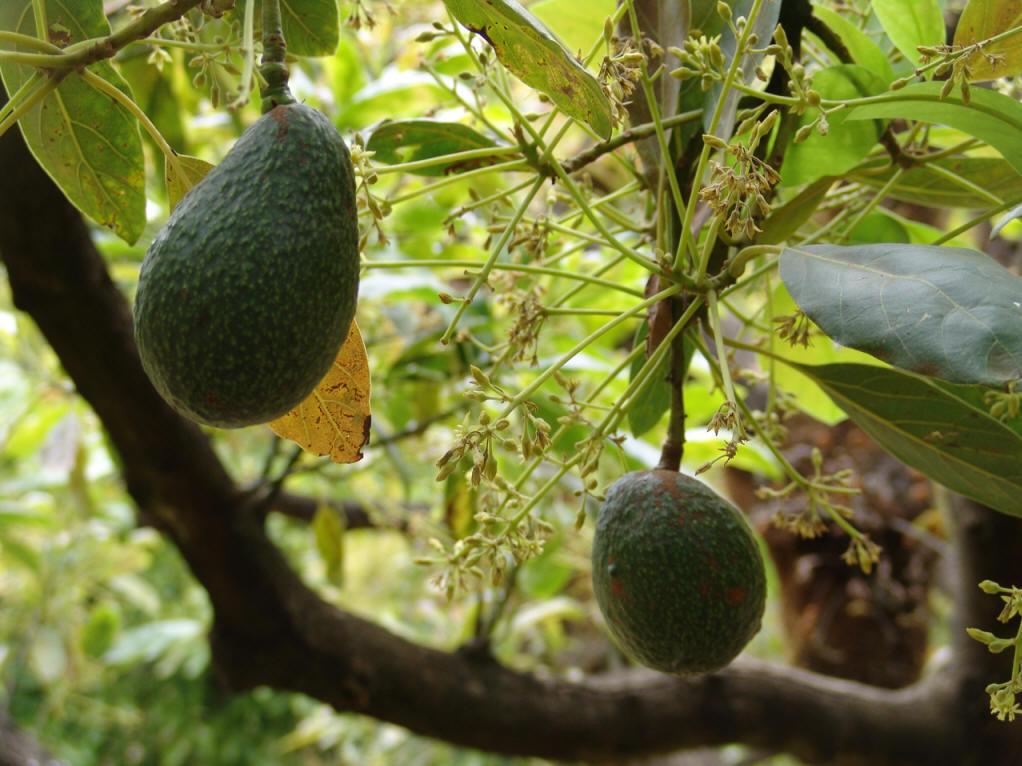 1. INTRODUCTION
China has some 80 years history of avocado introduction and trial planting. Avocado was first introduced into Taiwan in 1918 and then into Guangdong in 1925. Nowadays, avocado is reported to be successfully planted on a trial basis in Guangdong, Guangxi, Hainan, Fujian, Sichuan, Yunnan, Zhejiang, Guizhou, etc.

The avocados cultivated in China were generally the progenies of some unselected poor-quality seedlings of unknown origin. It was not until 1985 that high yielding varieties of avocado such as Hass were introduced for trial planting by the Guangxi Bureau of State Farms, etc. Collection, introduction and selection of avocado has been conducted by the College of Agronomy, South China University of Tropical Agriculture, since 1986 and more than 80 varieties have been selected. Huang Wenzhen and Liu Kangde established a 33.3 ha experimental plot of avocado and a nursery in Baisa County, Hainan, in 1989, to determine commercial cultural techniques.

Avocado is grown in Guangxi, Hainan, Yunnan, Guangdong, Guizhou, Fujian, Zhejiang (Wenzhou city) and Sichuan (Panzhihua city) in China. There has been no sizeable commercial production up to now due to various reasons. The largest tract of cultivation in China is the avocado base in Baisa County, Hainan, covering 33.3 ha. Guangxi has the largest area with scattered avocados. Prof. He Guoqiang, Guangxi Staff University of State Farms, reported that Guangxi used to grow 133 ha of avocado in more than 50 counties/cities, of which 66 ha were under commercial production; the largest avocado orchard was in the Shanyu State Farm, covering 20 ha.

Commercial production of avocado is just at the early stage and the planting area is very limited. No data on avocado is available in the local statistical yearbooks. Avocado sets flowers after 2-3 years of planting and yields 35-103.5 kg/tree at the age of 7-8 years, according to the reports of trials in different locations. The total area under avocado cultivation in China was estimated to be 133 ha in 1998 with a production of around 1,000 tonnes.

Most avocados planted before 1985 were seedlings, and budded and grafted plants of desired varieties have been used only in the last ten years. To date, China has selected more than 70 avocado varieties and more than 10 elite lines. Some of the commercial varieties such as Lula, Pollock, Booth 7, Booth 8, and the local variety ST3, have good performance in Hainan and other provinces.

SOURCE: www.fao.org
Editorial Message
This site contains materials from other clearly stated media sources for the purpose of discussion stimulation and content enrichment among our members only.
whatsonsanya.com does not necessarily endorse their views or the accuracy of their content. For copyright infringement issues please contact editor@whatsonsanya.com