The common image many have of Sanya is one of luxury beach resorts, fun packed beach and night life and perhaps the hosts of glamourous beauty contests such as Miss World and Miss Bikini.

However, what has made Hainan a destination for holiday makers has also put it on the map for international sporting events with an increasing number of world class competitions being held in the city and the surrounding areas.

Indeed, Sanya seems well on course to becoming one of Asia’s prime destinations for international sporting and leisure events. 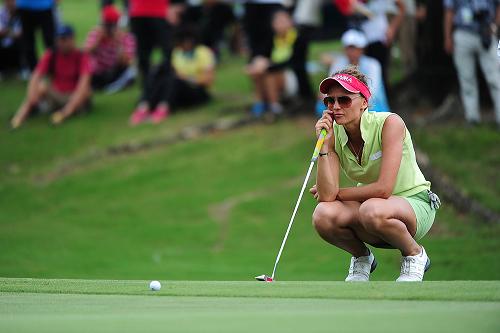 Hainan has long had a reputation as a destination for golfing enthusiasts in Asia. In recent years the golfing industry has grown rapidly, with a large number of courses and excellent facilitates attracting international golf events such as the Sanya Ladies Open, the Volvo China Open and the China Amateur Golf Futures Tour.

Perhaps inevitably because of it’s reputation as a beach resort Sanya is the natural choice to host beach sport tournaments in the region.

The FIVB Beach Volley Ball competition has been held in Sanya Bay for 5 consecutive years.

In 2012 twenty teams came from around the world came to Sanya Bay for four action packed days to battle it out for the US$ 190,000 prize money. 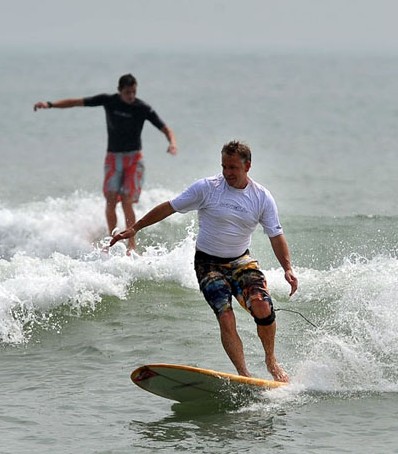 The Surfing Hainan Open enjoys a growing international reputation. Only established in 2009 last year’s event drew professionals from around the world plus an increasing number of home grown surfers (until recently surfing was virtually unknown in China) who compete for ￥10,000 prize money.

Currently held in Ri Yue Bay, near Wanning city the event is co-organised by the Wanning Government and local surf outfit Surfing Hainan.

Recently described as the Chinese Riviera – Sanya is now firmly on the map in the yachting world with a significant growth in the number of marinas in the Sanya area along with the arrival of the annual Hainan Rendezvous, a luxury brand show bringing together internationally renown manufacturers of super yachts and private jets with potential buyers in China. For four days Sanya is transformed into a Chinese St. Tropez.

In addition to the yachts and aircraft, sports cars manufacturers, luxury clothing brands, producers of fine wines and spirits are all represented.

First held in 2010, this event has become bigger and glitzier each year. 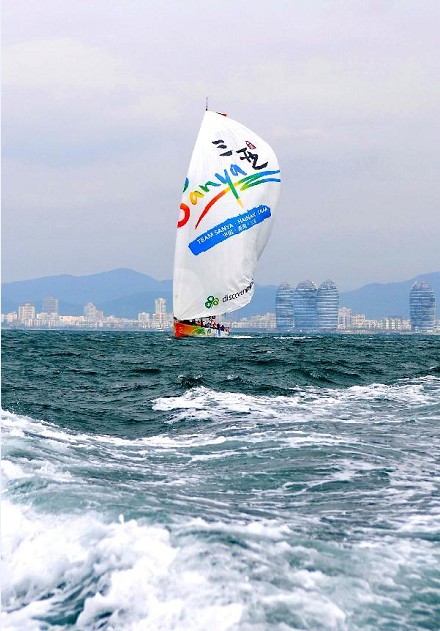 Perhaps most significant for Sanya’s transformation into a yachting centre was the city’s inclusion as one of only ten host ports in the gruelling Volvo Ocean Race. The boats and crews were based in a new, world class marina at Serenity Coast in Sanya and the city was also represented in the race by Team Sanya.

For the two weeks that the six teams were in town Sanya was the centre of the sailing world and the city’s residents were treated to some dramatic in-port racing receiving media attention from around the world.

Away from the coast, Sanya’s hinterland is mountainous and undeveloped with dense jungle, rivers and lakes criss-crossed by remote tracks.

Ideal for off-road drivers looking for a bit of adventure.

Every year, since 2009, the China International Rainforest Challenge brings professional off-road teams and their vehicles to Sanya from around the world to compete in hot and sweaty jungles and muddy rivers for five days and a $30,000 prize.

For those who prefer two wheels Hainan has a lot to offer cyclists, away from urban areas the roads are quiet, the environment is beautiful and the mountains provide a challenging ride.

Each year the Tour of Hainan cycling race draws contestants from around the world, approved by the International Cycling Federation this race has been running annually since 2006. This eight stage course takes competitors from Sanya, around the island and through the mountains of the interior to Haikou and back.