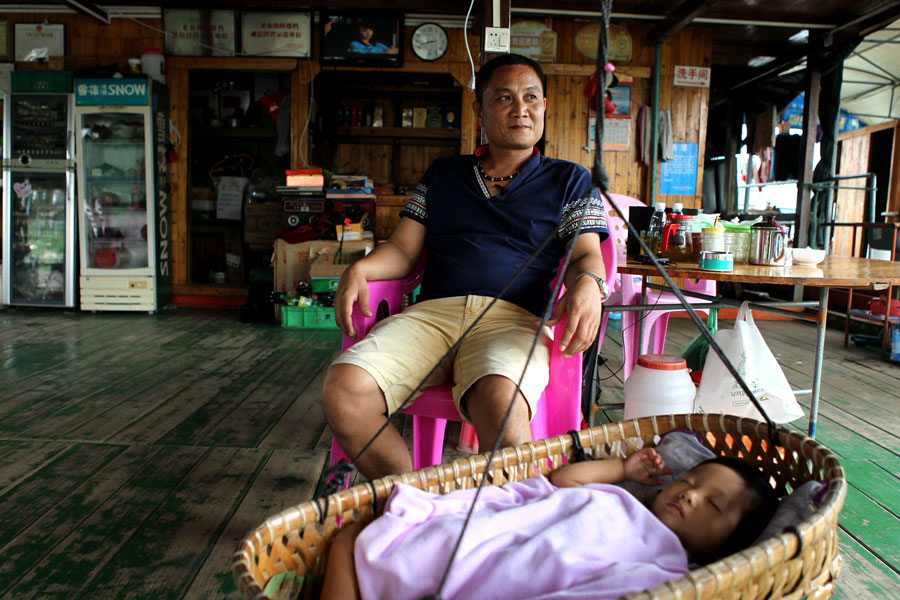 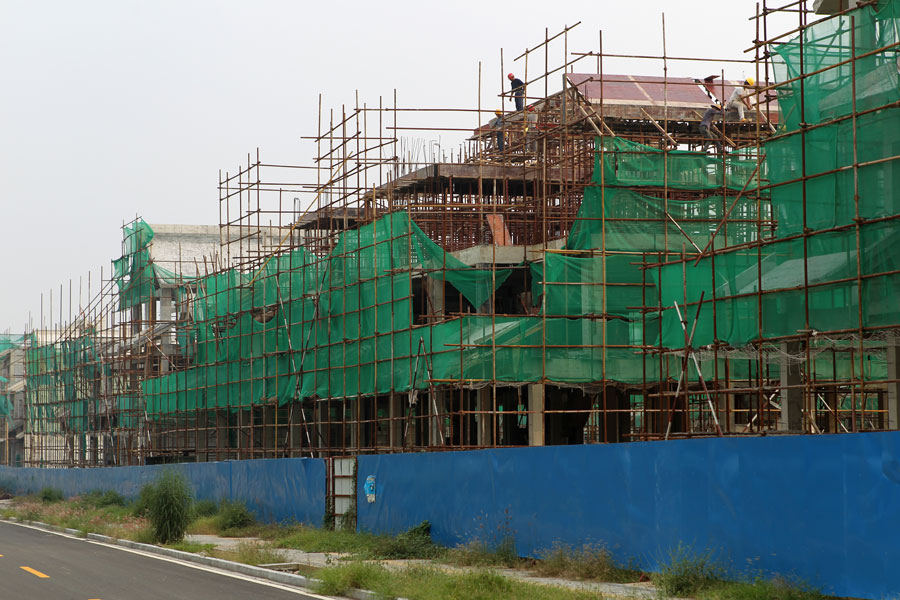 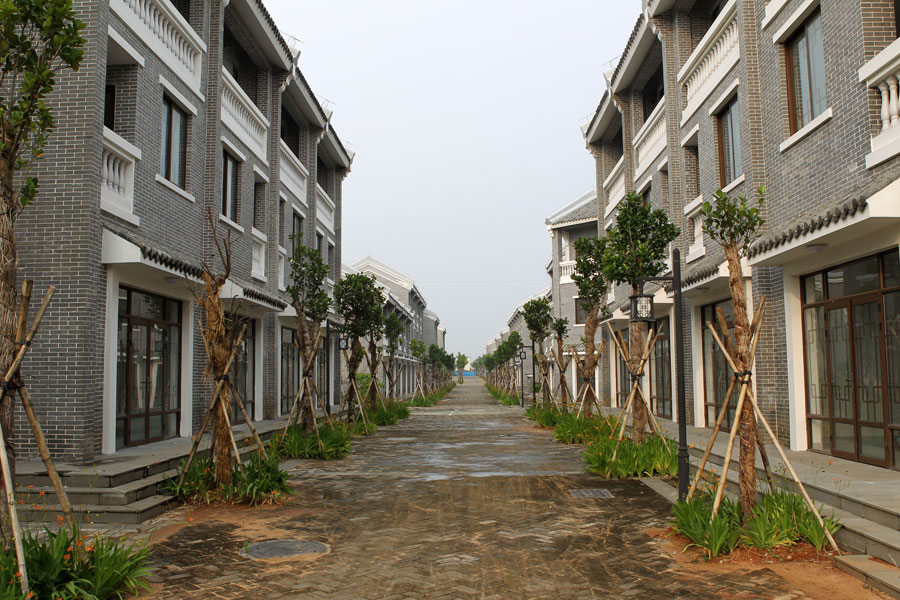 10,000 families will be relocated to newly built villages in Haitang bay [Photo: CRIENGLISH.com/Cui Chaoqun]
In Sanya, on China’s tropical island of Hainan, an epic redevelopment project is in the midst of transforming the area into a booming tourist resort.

Haitang Bay was once a town of fishing villages, but is now home to 22km of construction work which will soon boast 32 high end hotels with over 15 thousand guest rooms.

But it’s not just the landscape that will change for the people that live here. The new infrastructure will alter the regions economy, changing a way of life that people have held for generations.

"Before 2007, Haitang Bay was completely a fishing town, because we’re next to the sea and there are 20 or more communities scattered around here. This area really was countryside." He tells me. "Now we’re building 9 new villages for the residents. They’ll be both people’s living and spiritual homes."

According to Zhongbing Wu, 10 thousand families have will be rellocated to these new villages.

As jobs in Haitang Bays tourism industry open up, many residents have adapted by filling these posts. Shengwei Tang was a fisherman in the area before the development began.

Born and raised in Haitang bay, he now works as a bus driver for the towns tourists and welcomes the change which he believes will improve the quality of life for both him and his family.

"Our happiness has improved so much" , he says "before when we were fishing, we have no idea what school my kids can go. Now the government told us where my kids can go to school to learn. Now up on the hill there is a new hospital, it is much easier for us to take our parents to the hospital. This benefit is huge because once the elderly has medical care, no one will be worried about anything like before."

But not everybody is as pleased with the development work as Shengwei Tang. Many people still earn their living through Haitangs fishing industry – and as the areas economic focus moves to its tourism, some villagers are struggling.

Miss Han still lives in a remote community that makes its living through fishing.

"We still catch some fish to live. If we have success we’ll go out to do business, if we don’t have success we stay at home and fish. We won’t die because we lack food but we won’t become rich by fishing", she tells me. "A few years ago was better than now, because before we could always find fish but now we don’t cath them everytime. Sometimes we lose money and everything is expensive these days, so we fall behind"

Like much of China that’s rapidly modernising, the success of the redevelopment lies in the ability of its residents to adapt to a new way of life. For some of Haitang bays fishermen, the transformation is bringing new opportunities.

Restaurant owner Huihe Lin is positive about the change and has focussed his attention towards a seafood restaurant. For him, the increased foot-fall that tourism brings is a welcome benefit of the regions upheaval.

"When I was young life was tough. After school or during the holiday we always went fishing, but we only earned some small money. Our older generation still relies on fishing as well", he says.

"Of course I like Haitang Bay now, before the development this village always got flooded, but now after the levee was built up we don’t get flooded anymore. At least these last two years there was no flood."

"I’m busy now during the spring festival. And during winter people come here to visit the restaurant much more."