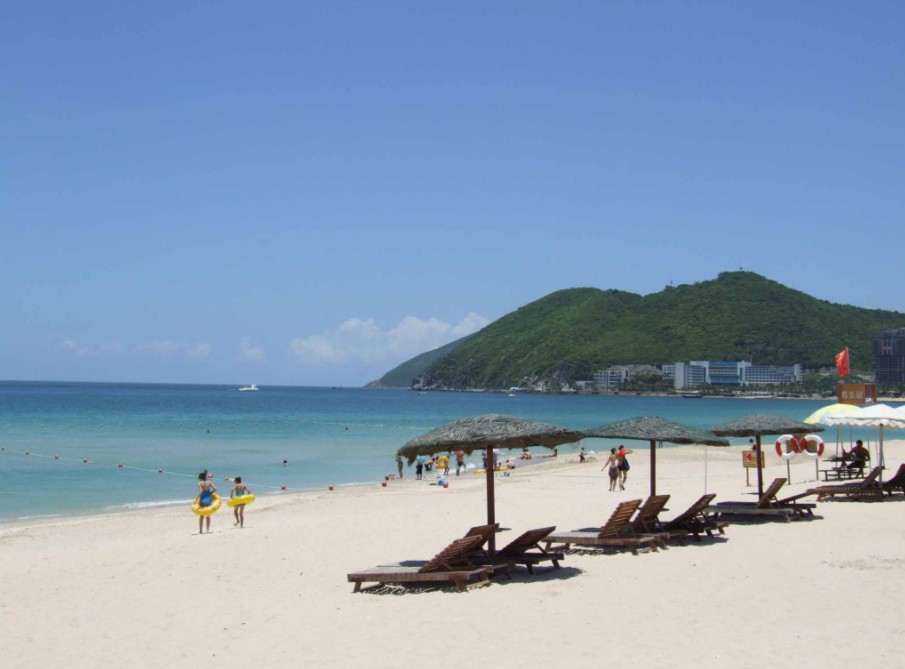 Situated on the southern tip of Hainan Province, Sanya is the southernmost city on the island. Featuring blue sky, beautiful beaches and clear water, Sanya is perhaps the most famous coastal city in China. The climate is hot in summer but warm in the three other seasons. When other cities are shivering in this month, a stroll along the coastline and breathing the fresh air will provide you with a warm, comfortable holiday.

Known as the Oriental Pearl, Hong Kong remains one of the most traveled places in all of Asia, with its splendid natural beauty and man-made wonders.

Situated off the southeast coast of China, enclosed by the Pearl River Delta and South China Sea, Hong Kong has beautiful natural surroundings. Meanwhile, as one of the world’s leading financial, banking and trading centers, it also has impressive modern views with man-made wonders.

Because of the high elevation, the terrains and landforms in Yunnan have created a natural paradise for biodiversity. It has a large diversity of plant life and is known as the kingdom of plants and animals.

Yunnan is also home to 51 of China’s 55 ethnic minorities, and the colorful ethnic customs make Yunnan a fascinating place.

Tibet, the Roof of the World, is the highest region on Earth, with an average elevation of 4,900 meters. Located in a plateau north of the Himalayas, it is a mysterious, exotic place for many outsiders. Since the beginning of the 20th century, the massive, tranquil land with its majestic scenery and mysterious religious culture has exerted an awesome draw on travelers.

Hangzhou is located in northern Zhejiang province, eastern China, with a distance of 180 kilometers to Shanghai. It is one of the key cities in the Yangzi Delta area.

Hangzhou has always been beautiful to the world, which got the reputation of "a paradise on earth". The well-known West Lake surrounded by many famous grotto statues and tablets, ancient architectures, has become an ideal place for recreation and tourism.

Known as the home of singing and dancing, the land of fruits, and the place of gold and jade stones, Xinjiang Uyghur Autonomous Region of China boasts for its vast expanse, beautiful landscape and unique folk customs. There are in total over 1,100 registered scenic areas in Xinjiang, ranking first in the country.

In a selection of the best scenic areas in Xinjiang by Tourism Bureau of Xinjiang Uygur Autonomous Region, the follow 10 won the highest scores in public appraisal and professional evaluation.

Macao, located on the southeast coast of China at the mouth of the Pearl River downstream from Guangzhou, is a perfect crossroad for the meeting of Eastern and Western cultures. It is also best known as Asia’s largest destination for gambling.

During ancient times, Macao, a port city, was part of the Silk Road with ships loading here with silk bound for Rome. Today, Macao is a major intermediate port for trade between China, Japan, India and Europe.

Macao’s charm rests in the contrast between old and new, antiques and fashion, traditional and modern .

Located at the southeast coast of China, Xiamen is a tourist city in Fujian province. It’s famous for its attractive seascape and delicious snacks. It has been an important port for centuries and became one of China’s earliest Special Economic Zones in the 1980s. Apart from Shanghai and Hong Kong, comparing to other cities in China, Xiamen is definitely a very vibrant, affluent and modern place.

9. Sichuan
Southwest China’s Sichuan Province boasts a large number of fatastic and unique natural seneries, such as the panda reserve and waterfall groups in the Southern Sichuan Bamboo Sea scenic spot, whit’s more, the spicy Sichuan cuisine is one of the Eight Great Cuisines in China and is famous all over the world for its richness and variety.
10. Qingdao

Qingdao, located in the southeast part of Shandong Province, is a beautiful seaside city, bordered on either side by the Yellow Sea. Qingdao is a major seaport and industrial centre. To the east, a short distance across the Yellow Sea, lie Korea and Japan, making Qingdao an important port for international trade. In 1984, Qingdao was among 14 coastal cities which China opened to the outside world.