Charoen Pokphand to collaborate with Luoyang to develop super complex 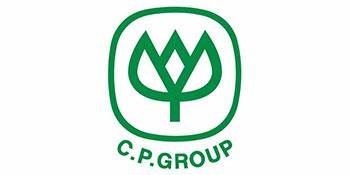 The agribusiness giant Charoen Pokphand Group (CP) is committed to expanding foreign investment in China and Vietnam, focusing on agriculture, real estate and retail.
Thanakorn Seriburi, chairman and CEO of the automotive industrial products business group (China) of CP Group, said next year it plans to team up with Luoyang city in Hainan province to develop a super complex on 115 rai of land. It will comprise two each of 60-storey and 40-storey buildings that will feature condominium units, a shopping centre, an entertainment complex, a hotel, an exhibition centre and government offices, including customs, a clearing house and other public services.
Construction of the complex will cost about 15 billonbaht and kick off next year, with an expected completion date of six years. The group expects the project will break even three years after commercial operation.
Mr Thanakorn added the group also plans to list Shanghai Kinghill Co on the Shanghai stock market in early 2011 to mobilise funds to expand its retail and property-development business in China.
Shanghai Kinghill operates Super Brand Mall, one of Asia's largest entertainment complexes. Located in Pudong, Shanghai's economic zone, the mall covers 400,000 square metres.
CP was the first foreign investor in China. Over nearly four decades it has poured billions of dollars into shopping malls, the poultry industry, animal feed and motorcycle plants.
The group's retail operations consist mainly of the nationwide Lotus Supercenter chain and the Super Brand Mall in Shanghai.
Sarasin Viraphol, the group's executive vice-president, said next year it plans to invest 20 billion baht in chemical-free vegetable production and distribution businesses on 8,000 rai at Cixi city in China's Zhejiang province, using sophisticated technology from plantation processes to harvesting to supply consumers mainly in Shanghai.
The project is to be further developed as an eco-tour and theme park.
Mr Thanakorn said CP's businesses in China are expected to generate income of US$6 billion this year, a gain of 10-15% from last year. Next year's growth rate is forecast to be the same as this year.
In a related development, Sooksunt Jiumjaiswanglerg, executive vice-president of the agro-industry and food business group in Vietnam, said CP planned to set up four more animal and shrimp feed plants in Vietnam, as well as processing plants over the next five years. This increase from five plants will raise production capacity to 4 million tonnes a year from 2.5 million.
It will spend $150-200 million to construct shrimp feed plants, cold storage and chicken-processing plants in Vietnam. The investment is part of the group's plan to increase Vietnam operations by 100% to $3 billion a year over five years.
CP Group expects its revenue to grow by 20% this year from about 600 billion baht in 2009, with half from exports.
SOURCE: www.bangkokpost.com
Editorial Message
This site contains materials from other clearly stated media sources for the purpose of discussion stimulation and content enrichment among our members only.
whatsonsanya.com does not necessarily endorse their views or the accuracy of their content. For copyright infringement issues please contact editor@whatsonsanya.com