A beach is crowded with tourists spending their New Year holiday in the tropical city of Sanya, Hainan province, on Jan 2. Sun Qing / for China Daily 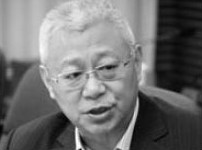 Previous news: Sanya is not yet ready for the booming tourism, says mayor of Sanya

Next news: Hainan to take measures to boost marine industry in 2013