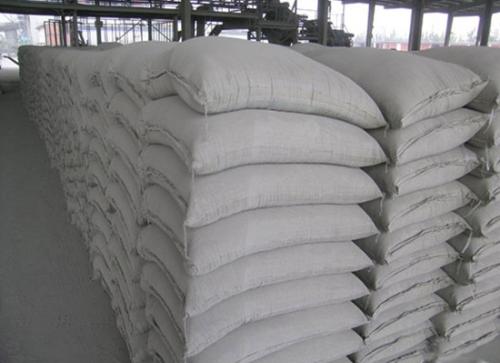 China Shuangji Cement, Ltd. (OTC Bulletin Board: CSGJ) ("China Shuangji" or the "Company"), a leading producer of high-quality Portland cement in Shandong and Hainan Provinces in the People's Republic of China (PRC), announced Wednesday that it has begun the permit process to build a new 2,000,000 MT cement plant on Hainan Island to replace its existing Dongfang production line.
China Shuangji's new state-of-the-art cement factory will have an annual production capacity that is 4 times greater than its existing Dongfang cement plant, which has a current annual capacity of 500,000 MT. In accordance with the beginning stage of the permit process, the Company has removed the vertical kiln at its existing Dongfang production line in order to be granted a permit to build a new plant and local government approval for new construction.  The Hainan provincial government has already given their approval for the new plant in writing and the company is waiting for the approval of the local Dongfang City government, which it expects to receive in the near future.
"We are excited to have started the permit process to build a new, modern cement factory on Hainan Island to replace out existing Dongfang production line," said Mr. Wenji Song, Chairman and President of China Shuangji Cement, Ltd. "Though we have removed the vertical kiln from our existing Dongfang production line, we will still be able to purchase clinker nearby and continue to produce cement from this facility at the same production rate as before.  Building a new Dongfang cement plant will allow us to keep up with the expected market growth in Hainan Province, which has been gaining significant economic strength, and comply with the higher emissions and environmental standards that China is now promoting."
China Shuangji already has one other existing cement plant on Hainan Island with a current annual capacity of 500,000 MT. The new Dongfang facility, which will be strategically located in close proximity to raw materials and water transportation, will complement the Company's cement producing activities in the region, optimize logistics, and provide greater cost efficiencies.
Mr. Song added, "China Shuangji is confident that it will be able to continue operating its existing plant at full capacity during this final permitting stage and until the proposed new cement plant is completed and fully operational."  Mr Song continued, "China Shuangji Cement currently sells all of the cement it produces and increasing production capacity is management's number one priority. Hainan presently has cement shortages and imports some of its cement in barges from the mainland. As we continue to expand in Hainan province, we believe that there will be more than enough demand to absorb all of our expected new production capacity from our larger Dongfang production line."
SOURCE: prnewswire.com
Editorial Message
This site contains materials from other clearly stated media sources for the purpose of discussion stimulation and content enrichment among our members only.
whatsonsanya.com does not necessarily endorse their views or the accuracy of their content. For copyright infringement issues please contact editor@whatsonsanya.com

Next news: Booming of golf courses pushes Hainan to be Asia’s golfing capital