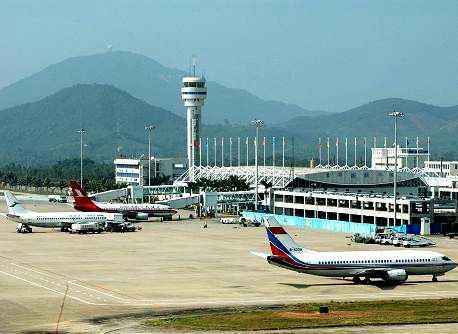 Sanya Phoenix International Airport recently announced that its passenger throughput hit 8.37 million in the first 11 months of 2010, exceeding 2009's full-year figure of eight million.
During the period from January to November, the number of aircraft movements at the airport hit 63,259.
The airport has added 21 new domestic and international routes since the end of October to cope with the demand for winter travel.
The airport said it had experienced a year-on-year drop in passenger volume since October due to heavy rainfall and typhoon warnings.
SOURCE: chinahospitalitynews.com
Editorial Message
This site contains materials from other clearly stated media sources for the purpose of discussion stimulation and content enrichment among our members only.
whatsonsanya.com does not necessarily endorse their views or the accuracy of their content. For copyright infringement issues please contact editor@whatsonsanya.com

Next news: Booming of golf courses pushes Hainan to be Asia’s golfing capital