HomeTravelTravel NewsTop 5 reasons to visit Sanya, the Hawaii of the Orient

Top 5 reasons to visit Sanya, the Hawaii of the Orient 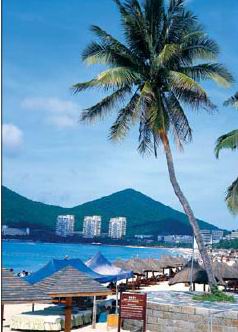 scenic view of the sea from Sanya 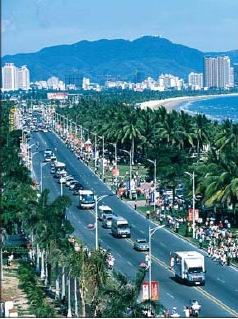 Its remoteness meant that it was often the final place for exiled officials in early times, one of the most prominent of them being Lu Duoxun, a prime minister of the Northern Song Dynasty (960-1127). He wrote a poem referring to it as a desolate, lonely place.

Now, more than 1,000 years later, old Yazhou has morphed into beautiful Sanya, with four S’s (sun, sand, sea and shopping) that keep tourists from home and abroad coming back.

Sanya has a tropical monsoon climate, with average temperatures around 25.4C. In the summer it peaks at 28.3C and at its lowest, in January, hovers around 20.7C.

The balmy weather all year round is irresistible to tourists and some even come to stay. It had a population of 685,000 by November 2010, according to the sixth census, a 40-percent increase from the 2000 figure.

That increase is a testament to Sanya’s natural beauty. It is China’s only tropical seaside city and is never short of sunshine. Its five bays – Yalong, Da Donghai, Sanya, Haitang, and Yazhou – each has its own distinct features.

The best-known is Yalong, 8 kilometers long and crescent-shaped, with water so clear that a person can see 10 meters down. The fine, white sand is ideal for people who enjoy lolling about in the serene surroundings.

Yazhou Bay is a must-see for history buffs since it was a major Chinese port for almost 2,000 years. It was a departure point for the maritime Silk Road and is a living history museum.

For pristine scenery lovers, there is Haitang Bay. It is far from the city and most of its natural landscape is unmarred by human activities. The 19-kilometer-long coastline is dotted with oases and water, complemented by rolling hills and silver sand.

Sanya Bay is an unlikely place with local characteristics. At night, fishermen pull in their nets, vendors sell seafood, and taxis look for passengers. Tourists can meet the locals here and get a taste of ordinary daily life.

Partygoers may just as well make a beeline for Da Donghai, where bikini-clad tourists tend to gather. Some just lounge around soaking up the sun while others play soccer and volleyball. Thanks to its popularity with Russian travelers, it’s hardly surprising to find Russian cuisine served in many of the restaurants.

Sanya is a rare convergence of bright sunshine, soft sand, clear water and pleasant climate, all of which adds up to one of the world’s most promising tourist destinations.

SOURCE:  chinadaily.com.cn
Editorial Message
This site contains materials from other clearly stated media sources for the purpose of discussion stimulation and content enrichment among our members only.
whatsonsanya.com does not necessarily endorse their views or the accuracy of their content. For copyright infringement issues please contact editor@whatsonsanya.com