Updated: 2010-06-12 00:00:00
AUSTRALIANS are royally spoiled when it comes to world-class coastlines. Yet still we travel, chasing sandier or sunnier shores. Here are 10 of the best beaches in Asia.

On the northwest coast of Luzon, little-known Saud Beach at Pagudpud is a 2km arc of blindingly pure sand bordered by the blue of the South China Sea. It’s like an uncluttered version of that famous Philippines shore, White Beach, on Boracay Island. Beat the developers, the hair-braiders and sarong-floggers – head to Pagudpud now.

Thailand’s far south Andaman Sea coast has clusters of islands that are still off the radar for tour group invaders and full-moon ravers. The towering rock formations and crystal waters of Ko Tarutao National Marine Park, a 51-island group about 30km off the mainland, are a reminder of how islands such as Phuket, Samui and Phi Phi once were. Here you’ll find Ko Adang, a jungle island with pristine shores, empty beaches and not a beer bar in sight.

At Bentota Beach, 60km south of Colombo, grand arcs of beach sweep north and south from a rocky promontory. The Indian Ocean massages this coast of granite headlands and uncrowded beaches that surfers and European sun-seekers discovered long ago. There is a choice of three, four and five-star resorts from which you can simultaneously contemplate Bentota’s fiery sunset and your of sundowner. 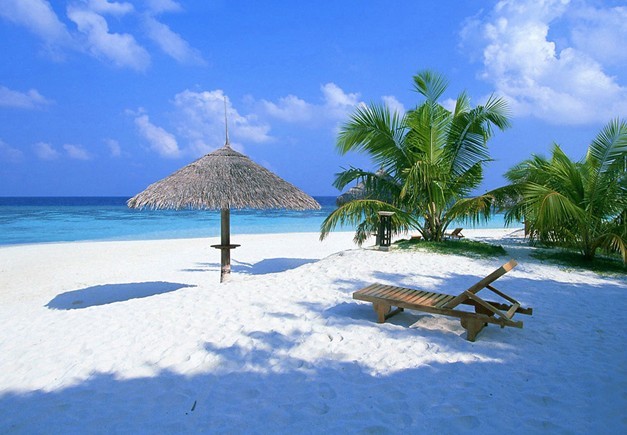 Sanya Yalong Bay, Hainan, China
At the same latitude as Hawaii, Hainan is where mainland Chinese come to get that Waikiki feeling without leaving home. While Yalong Bay, near Sanya on Hainan’s southern tip, may lack Polynesia’s heaving surf and swaying skirts, its broad white beaches are better than many in Hawaii. Fishing villages and rice farms once rimmed Yalong Bay’s 7km strand. In their place, quality resorts harvest the disposable incomes of China’s leisure class.

China Beach, on Vietnam’s central coast near Da Nang, is 30km long and has numerous resorts and restaurants, especially around Bai Non Nuoc. The specific section of the China Beach of Vietnam War and television series fame is known locally as Bai Tam My Khe. Here, you can see fishermen paddle out through its breaking waves in flimsy wicker coracles and then, after fishing, surf right back in again.

"Christmas in Goa" was the mantra for heliotropic (and psychotropic) hippies on the 1970s "Overland Trail". Calangute’s palm-fringed shoreline was annually invaded by some of the most upbeat and beat-up minds of their generation; today it is simply built-up. Over-development hasn’t been kind to Calangute’s little fishing hamlets, but its Arabian Sea full moons are as spellbinding as ever.

The east coast of Malaysia is a sleeping secret. Macaque monkeys swing like tiny Tarzans through a tree canopy that borders the South China Sea. Beyond the trees, Dungun, an empty swoop of beach, is one of Malaysia’s least-exploited shores. Offshore is Tenggol Island, part of Terengganu Marine Park, where you can snorkel and scuba dive amid gin-and-tonic clear waters alive with turtles, grouper, wrasse and jacks.

Sihanoukville (aka Kompong Som) on Cambodia’s pretty south coast is home to five fine beaches, even though the best one, Sokha, is reserved for a private hotel’s guests. Sokha’s neighbour, Occheuteal Beach, comes a close second with its long stretch of white sand lined with pine trees. Popular with Cambodians and travellers alike, Occheuteal’s far northern end has become a backpacker hangout.

Ko Samui’s east coast strands are almost too well known. Head up to the north coast to snoozy Mae Nam, where the sands may be narrower, but you’re not sharing them with the crowds. The water is clear and calm, the palm trees shady. In the distance you can see a flotilla of blue-grey islands that drifts just north of Samui, including Ko Phangan and Ang Thong Marine Park, where the beaches are truly empty.

The semi-tropical landscape of southern Taiwan is a surprise until you remember that the island’s earlier Portuguese name, Formosa, means "beautiful". The name still fits. Unhurried and warm, Kenting, at the rugged southernmost tip of the island, has reasonable beaches for swimming, diving and surfing, plus an 18,000-ha national park. There is ample accommodation here, the seafood is excellent and, surprisingly, you’re well inside the Tropic of Cancer.

SOURCE: Sunday Herald Sun
Editorial Message
This site contains materials from other clearly stated media sources for the purpose of discussion stimulation and content enrichment among our members only.
whatsonsanya.com does not necessarily endorse their views or the accuracy of their content. For copyright infringement issues please contact editor@whatsonsanya.com