A guide to 5 national forest parks in Hainan

Hainan is known as a tropical paradise for a number of factors, and its beaches and blue skies are two of the most well known of these reasons. Another reason that Hainan is so revered as a tropical getaway is its abundance of forest parks.

At present Jianfengling, Qixianling, Limu Mountain, Bawangling, Diaoluo Mountain have been named tropical rainforest protection areas and National Forest Parks. Hainan’s tropical rainforests feature a huge number of forest tree and vine species, many of which are not found outside of Southeast Asia. 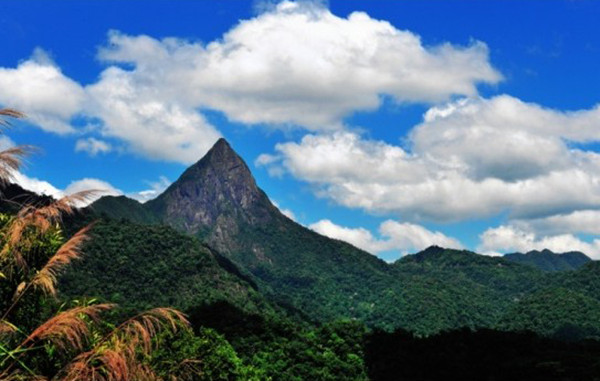 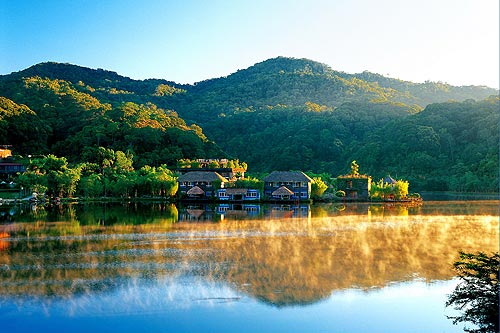 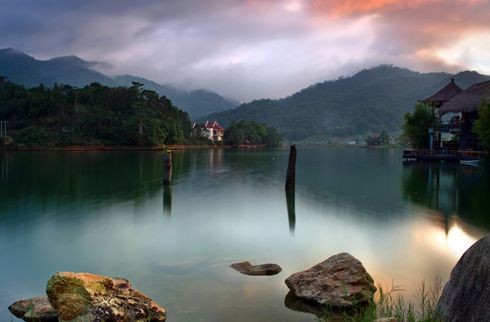 Jianfengling National Forest Park is the first national-level forest park of Hainan Province, founded in 1992.
The Park is located in the southwest of Hainan Island within Ledong County and Dongfang City, 90 kilometers away from Sanya. The round-the-island freeway passes around the Park which takes an area up to 447 square kilometers. There is the largest and well-preserved intact tropical rain forest in China.
There are countless magnificent beauty spots (districts) created by superb craftsmanship of the nature, among them the opened beauty spots (districts) are more than 40, such as Chirping Phoenix Valley, Rainforest Valley, Butterfly Valley, Highest Peak, Tianchi, Ditch Valley Rainforest, Cantonment of Yuan Dynasty, Kowloon Stream and Redbud waterfall, etc..
2. Diaoluoshan National Forest Park 吊罗山国家森林公园 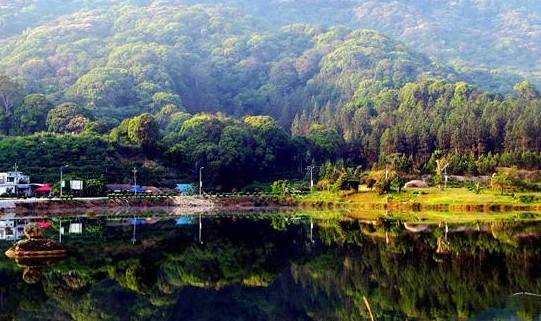 Located a short distance from the Eastern Expressway in Lingshui County, the national forest park found in 1999, is alive with the natural beauty of waterfalls, creeks, lakes, ancient trees, rare and delicate flowers and caves and other rock formations.
A relatively cool 20º C 12 months of the years, Diaoluo Mountain Forest Park provides visitors with a unique window on the wonders of nature.
3. Qixianling Hot Spring National Forest Park 七仙岭温泉国家森林公园 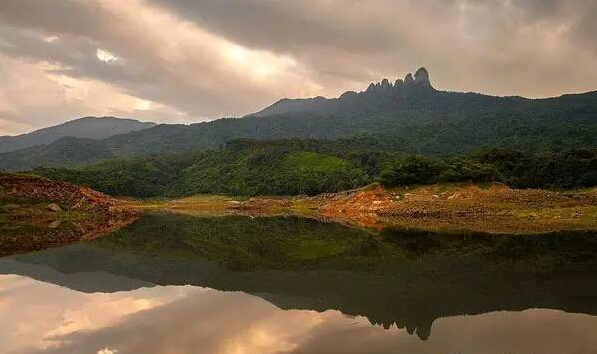 Qixianling Hot Spring National Forest Park is located in Baoting Li and Miao Ethnic Group Autonomous County, 76 km from Sanya. It has been listed as the national forest park in 2001. The Park has a total area of 22 square kilometers consisting of two zones: Forest Zone and Hot Spring Zone.
It has the largest natural hot spring tourism area in Hainan that contains more than 40 warm springs. The park takes the hot springs as a principal draw for its ecological tourism vacation area as there hot springs boast high temperatures and sodium silicate water
4. Limu Mountain National Forest Park 黎母山国家森林公园 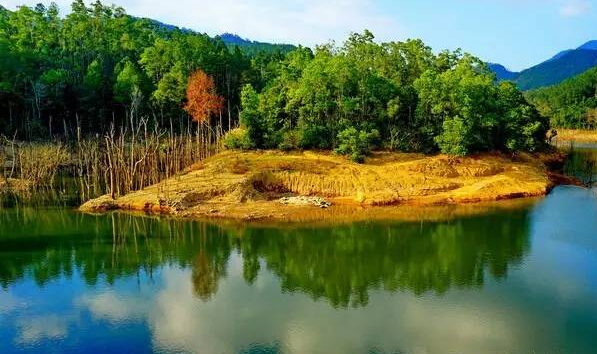 Limu Mountain National Forest Park, approved by the State Forestry Ministry in 2002, is situated in Qiongzhong City, of central Hainan Province. With the highest altitude of 1,412 meters, it covers an area of 130 square kilometers.
It is the source of three great rivers in Hainan: Nandu, Wanquan and Changhua. Every morning thousands of brooks leap down the mountainside from an altitude of more than 1,000 meters above sea level, which is quite spectacular. 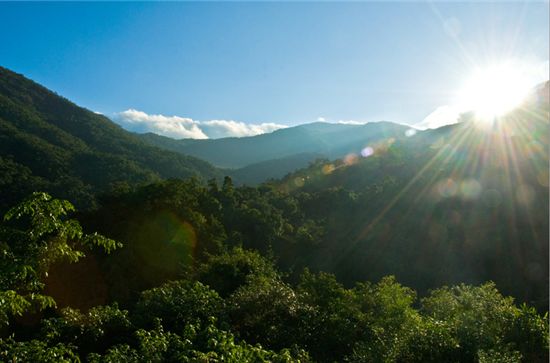 Located in the southwest of Hainan Island in Changjiang County, Bawangling National Forest Park covers 8,440 hectares and was established in 2006 to preserve the rainforest and the rare animals living there.
Bawangling Forest is typical of Hainan tropical rainforest with a mild climate, abundant rainfall, numerous plant and animal species, and a high level of ecosystem integrity.
Bawangling is home to the Chinese Black Bear (Ursus thibetanus), Clouded Leopard (Neofelis nebulosa), and Sambar (Cervus unicolor).
The contents of this article are copyrighted! Please contact us for permission to republish in part or in full.
SOURCE: WOS Team

Previous news: 2015 Int’l Boat Show and Festival to be held in Haikou Dec 1st to 5th

Next news: 3 cruise ships visit Sanya port in one day