As a traditional part of Chinese architecture, towers and pagodas reflect the splendid religious culture of China and some are listed as precious cultural relics.

A large number of well-preserved towers and pagodas stand out as great masterpieces for their scale, structure and history and for their delicacy, majesty, wood structures, iron cast structures, and gilded structures. Generally, they were originally built as the center of a temple or a monastery, and some have also functioned as a viewing spot that offers spectacular scenery.

In Hainan, there are around 20 ancient pagodas on the island. Here are five of the most famous ones: 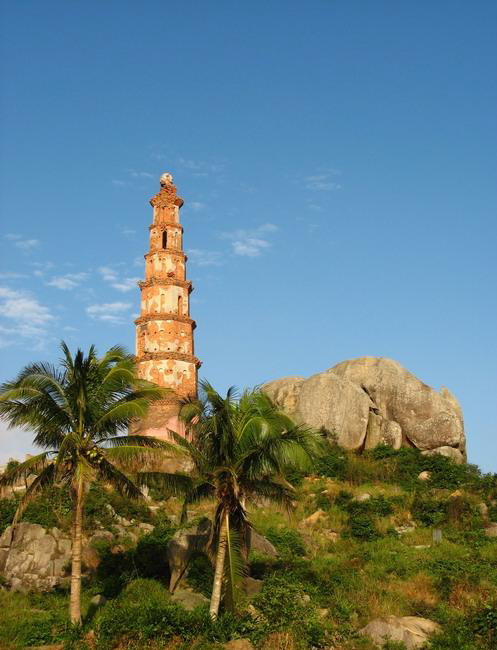 Qingyun Pagoda, one of the rare existing ancient pagodas in Hainan, is an isolated brick pagoda located in the middle of the rice fields of Wanning city. 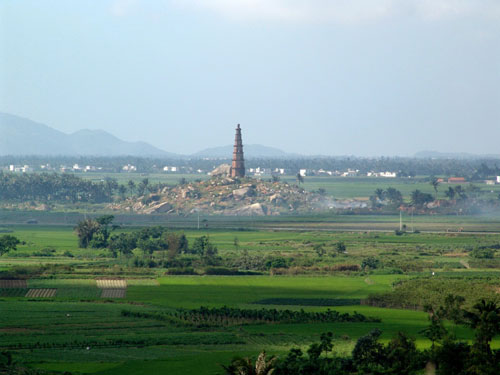 Famous for its natural beauty in Hainan, Qingyun Pagoda has been nominated for inclusion on a list of cultural relics for its unique qualities and for being the best example of Hainan’s cultural and natural heritage.

With a history which spans 346 years, the pagoda was once in danger of destruction by Japanese invaders. It was one of the few buildings which was saved due to its relative unimportance as well as its remote location. The pagoda has stood in the same spot for centuries. 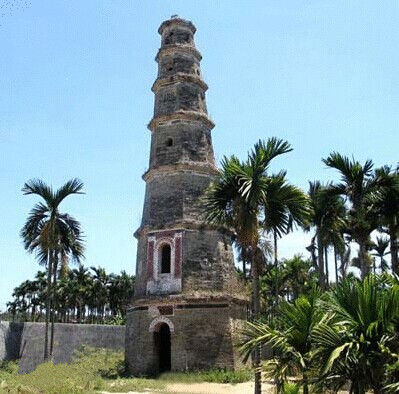 Located in the west of Yacheng town, a little further down the road from Wenming Gate, this 20-meter-tall octagon brick pagoda was built in 1851 at the suggestion of the local governor and financed by generous donations from the local people. 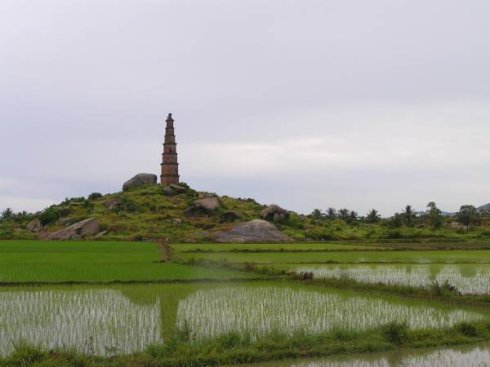 The Pagoda began leaning several decades ago, and local people have nicknamed the pagoda the “Leaning Pagoda of Yacheng”. 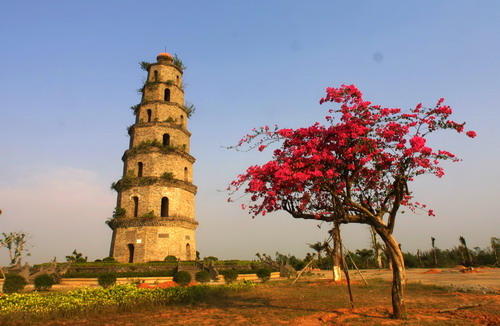 Jianlong Pagoda, one of the best preserved ancient pagodas in Hainan at present, stands in the center of the Hainan Tropical Bird Park in Ding’an County.

Standing at 20.8 meters, the Jukui Pagoda located at the Tayang Township was built in 1599. The octagonal, 7-story pagoda was built out of brick which has made it vulnerable to fires.

The twin pagodas were built in the early Yuan Dynasty, dating back over 800 years.

They were built to commemorate a local villager’s two daughters. One of the daughters married and the other become a Buddhist nun.

The pagodas are beautifully carved, decorated with an image of the Buddha, lotus petals, elephants, lions, unicorns, tigers, horses and auspicious patterns. They are both around 13 meters tall. The Meilang Twin Pagodas are viewed as an important historic relic and are protected by the State.