Hainan is known as a tropical paradise for a number of factors, and its beaches and blue skies are two of the most well known of these reasons. Another reason that Hainan is so revered as a tropical getaway is its stunning natural landscapes.

When visiting Hainan, the numerous fantastic caves are a great highlight that one should not miss.

As it is known, caves were first natural shelters used by human beings. Therefore, they attract the attention of many researchers and compel them to study them. With those researches, more and more beauty and mystery of caves are discovered in Hainan.

Here is a list of 5 fantastic caves in Hainan worth visiting. 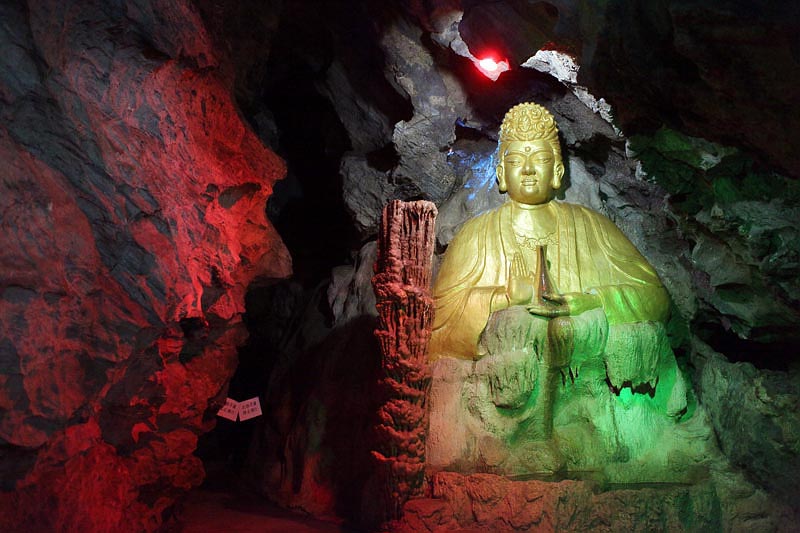 Within this scenic area there is a dry cave and a river cave, which experts confirm were formed around 1.4 million years ago. 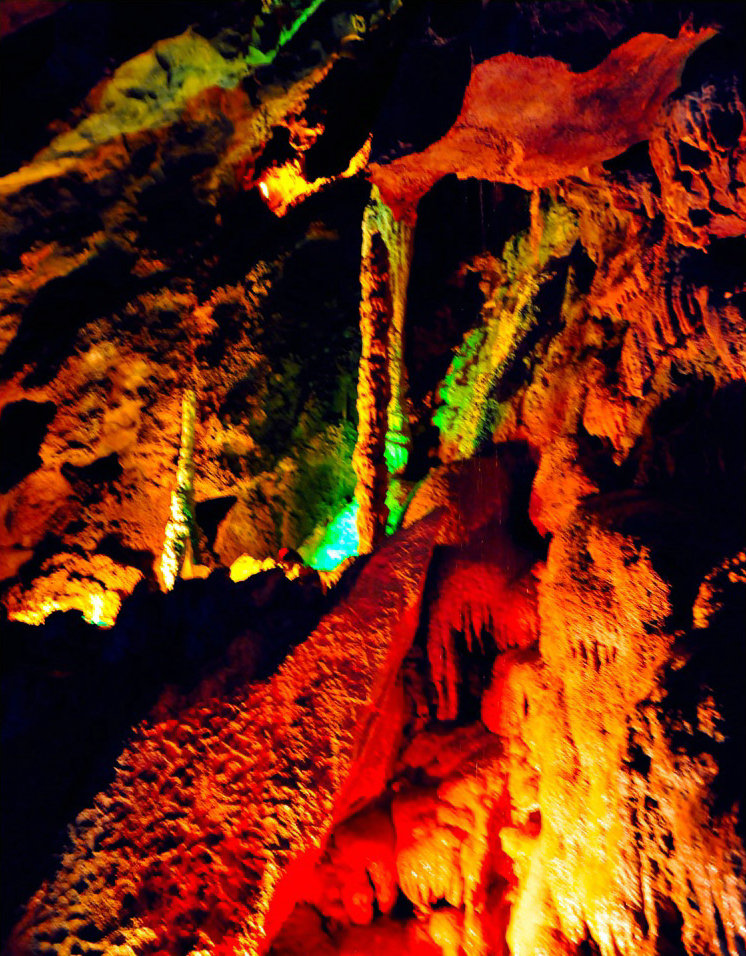 The dry cave is around 1.5 kilometers long with only around 550 meters having so far been explored. Within its interior there are stalactites, stalagmites, stone pillars, stone flags, stone waterfalls, tongues of stone, curled emery stones, aragonite flowers and single crystal calcite flowers. 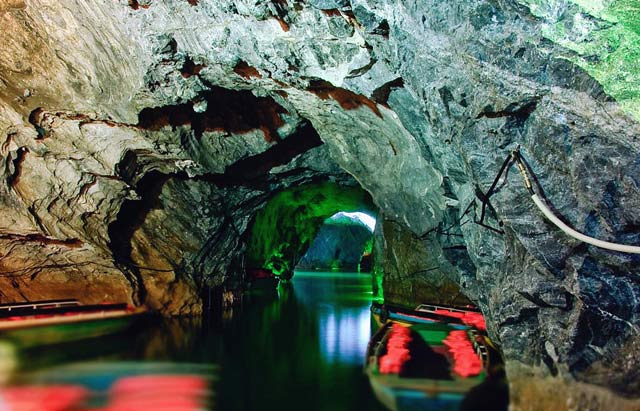 The river cave is around 3 kilometers long and at the present time only 250 meters or so has been properly explored. The interior of the river cave has a peculiar shape with a huge stalactite joining the apex of the cave to the floor. 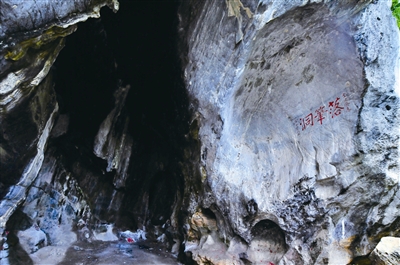 Located in Lizhigou Area, 15km northwest of Sanya city center, Luobi Cave is a karst cave shaped by tens of thousands of years of dissolution of layers of soluble limestone bedrock.

The entrance to the cave is akin to a huge concrete gate that is about 12 meters (39 feet) high and 9 meters (30 feet) wide. Inside you will be greeted by a pair of huge stalactites hanging down from the ceiling like giant pens, from which the cave got its name. 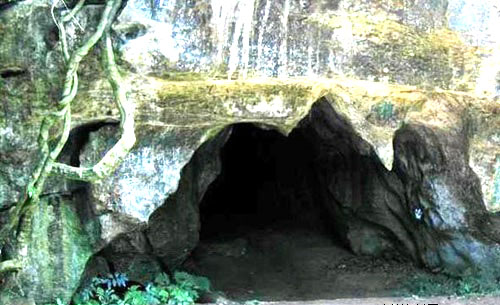 Situated about 30 km to the west of Baoting County, Qianlong Cave takes its name from the Qianlong Village in which it is located.

The cave, which is 400-meter-long and 30-meter-wide, is the largest of its kind in Hainan Province. 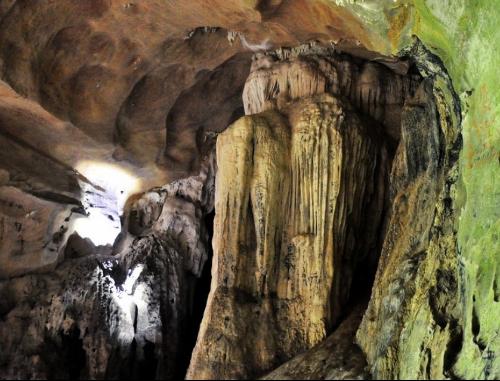 Visitors can appreciate a selection of stalagmites in various shapes and sizes inside the cave, as well as enjoying the exquisite tropical scenery of old trees outside.It is double-layered with six cave halls in different sizes upstairs and galleries of different widths downstairs.

The Macaque Cave is a karst cave located on the Macaque Ridge outside Dongfang City. 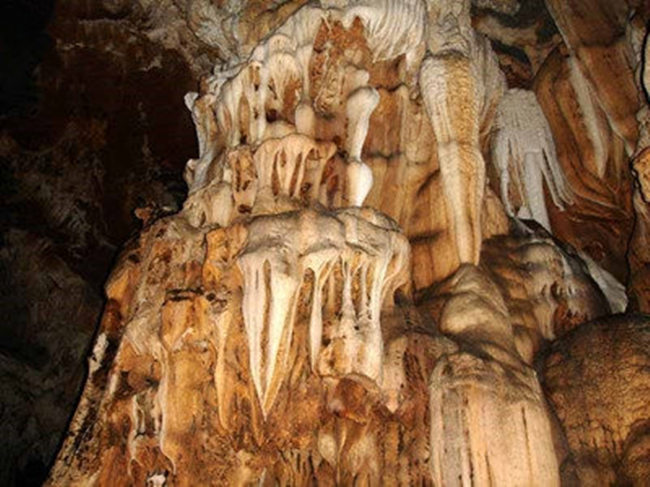 The cave covers an area of 2,000 square metres (22,000 sq ft) whilst at the entrance there are densely packed Sindora glabra and Chinese Redbud trees. About 5 meters inside the cave there is a rock formation that looks like an old woman. There are also stalactites and rocks within the cave in the shape of macaques, lions and tigers. Set into the cave wall there are two chambers that look like the cloisters of a monastery.

In Haikou, visitors can explore the lava caves in the Haikou Shishan Volcanic Colony National Geopark. 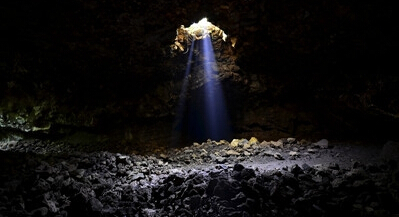 Lava caves are formed during the volcanic eruptions in the ancient times. The caves in this park are mostly lava tubes, a type of lava cave shaped like a tube from the inside. 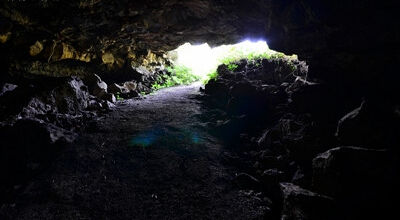 There are 72 lava caves in Volcano Park. Some of them are interconnected deep inside of its networks.

Old people in this area clearly recall how people hid in the caves to escape from the Japanese army seven decades ago when China fought against Japan aggression in wartimes.

The longest cave stretches some three-kilometers. Walking half way in the lava tube, one can reach the crater of the dormant volcano which has been covered with dense vegetation.