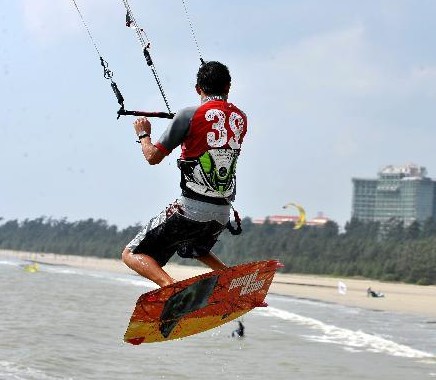 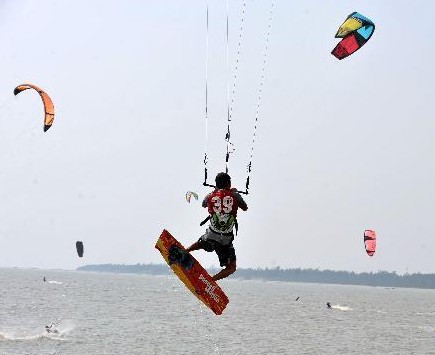 The four-day tour attracted nearly 100 competitors from 21 countries and regions.

The Kiteboard Tour Asia, the sponsor of the event, is officially sanctioned by the International Kiteboarding Association, kiteboarding’s world governing body.

Considering the superiority of the environment, The KTA planned to set up a kiteboard training center in Wenchang.

SOURCE: XINHUA
Editorial Message
This site contains materials from other clearly stated media sources for the purpose of discussion stimulation and content enrichment among our members only.
whatsonsanya.com does not necessarily endorse their views or the accuracy of their content. For copyright infringement issues please contact editor@whatsonsanya.com.

Next news: Hainan may adopt duty-free shopping policy on foreign goods in early 2011