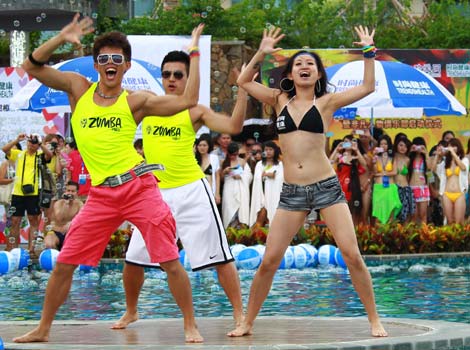 China’s Hainan province is expected to become a world-class resort destination, according to a report from the World Travel & Tourism Council (WTTC), referenced by the China Daily last week. According to the report by the WTTC, Hainan’s tourism industry is expected to contribute RM 255 billion ($40 billion) to the province, the equivalent of 46 percent of the island’s total GDP by 2021.

The island of Hainan, off the south coast of China, boasts a 1,500 km coastline of white sand beaches, as well as verdant mountains and rugged coastlines framing the South China Sea.

Indeed, tourism is big business on Hainan, which is often dubbed "China’s Hawaii," as total visitor arrivals to the island hit 26 million in 2010, representing a growth of 14 percent per year in the 15 years from 1995. Of this figure, domestic tourism alone made up 97 percent of the total arrivals count. In 2010, the total number of foreign visitors reached 425,000, with Russians topping the list at 148,000. Over 1.3 million jobs are expected to be created in Hainan in the coming 10 years.

International hotel brands, which have opened numerous luxury resorts on Hainan over the past few years, have affirmed they will continue to invest in more hotels on the island over the next few years, in particular around Sanya Bay where many top-end properties are currently located. These include Club Med, Movenpick Hotels & Resorts, Anantara and Starwood Hotels & Resorts, among others.

Next news: Haikou to invest RMB 2.8 billion to build a modern tram line