HomeTravelHainan TourXisha Islands not ready for tours, development not yet planned well

Xisha Islands not ready for tours, development not yet planned well 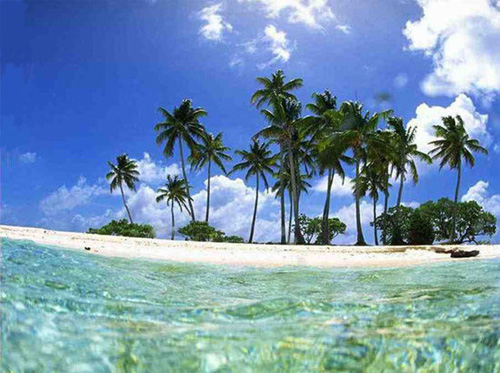 A view of the Xisha Islands.

The National Tourism Administration of China said on Thursday that recent reports on the opening of the Xisha Islands in south China’s Hainan Province to regular tourists are not true and that the issue is under investigation, people.com.cn reports.

The alleged CNR report said a sea route to the islands had been established and tourists will be able to travel from Hainan Island on a cruise ship to see the Xisha Islands’ north reef and nearby islets as well as visit Yongxing Island, the largest of the islands.

The false report also quoted Deng Xiaogang, deputy director-general of the Hainan Tourism Development Commission, saying that after the Xisha Islands open to visitors, the commission would explore the possibility of making other islands without permanent human residents near Hainan Island accessible to tourists.

However, Deng, while being interviewed by reporters from people.com.cn, said he hadn’t worked for the commission since last May and hadn’t been interviewed on Xisha tourism recently from any media. The earlier reports are completely rumors, said Deng.

Li Guoqiang, a researcher from the Chinese Academy of Social Sciences who used to visit the Xisha Islands for tourism evaluation, said that the ecological system on the islands is very fragile and that it is still under discussion on how to maintain a balance between development and ecology.

"The islets in Xisha are small. They are not suitable for a great many visitors or the construction of entertainment facilities," said Li. Besides that, the fresh water supply, rubbish disposal, tourism routes, accommodations and security issues would need to be considered, he said.

The tourism development of the Xisha Islands should be well planned under the precondition of protection, Li emphasized.

The Xisha Islands in the South China Sea consist of more than 30 islets, sandbanks and reefs and occupy about 15,000 square kilometers of ocean surface. More than 60,000 birds from over 40 species inhabit the islands, making them a "birds’ paradise."