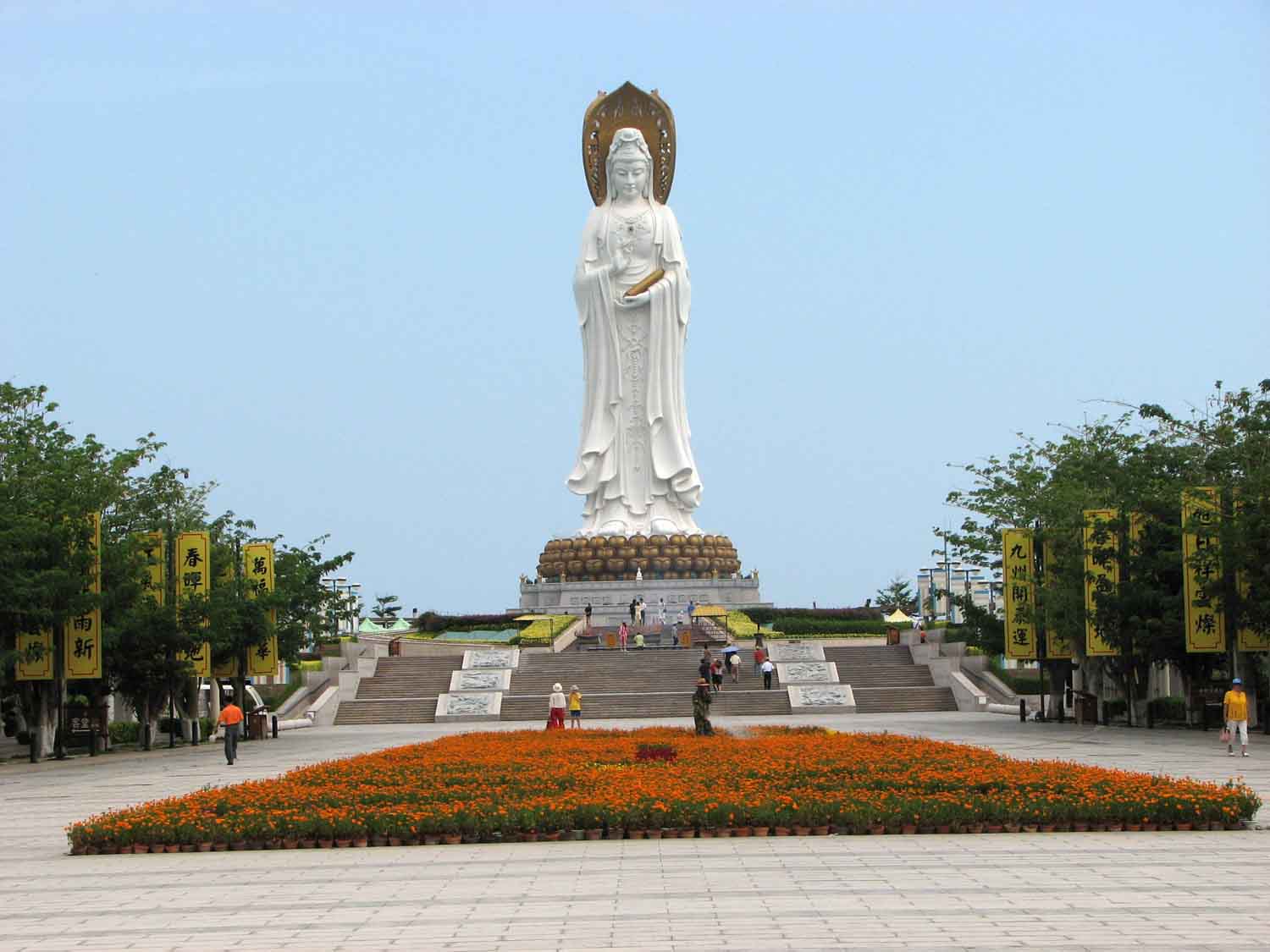 Hainan is perhaps best known to Australian travellers for its sun, sand and surf, but China’s tropical island also has a strong spiritual side waiting to be explored.

Buddhism has had a presence in China for over 2,300 years, and has played an enormous role in shaping the lifestyle, mindset, literature, philosophy, politics and medicine of the Chinese people.

Nestled amongst tropical rainforest in China’s southernmost mountain range, 40 km from the busy Sanya city in China’s only tropical island province is the unique spiritual setting of the Nanshan Buddhist Cultural Zone.

To ‘dwell permanently in the South Sea’ is one of Buddha’s ‘Twevle Oaths to Save all Living Beings’, and here, alongside the sparkling emerald coast of the South China Sea, the Nanshan Park is the centre of Buddhism on Hainan Island.

Encompassing more than 50 square kilometres of rainforest, the site includes countless grand temples, statues and spiritual gardens the likes of ‘Saviour Garden’ and ‘Longevity Valley’, with intricately trimmed hedges and abundant in Lotus flowers, a venerated symbol in Buddhism meaning ‘virtue’ or ‘purity’.

At the heart of the valley is the grand Nanshan Temple, its gates flanked by stone figures of Buddha in front of the Tang Dynasty-style entrance. The interior displays images of the Four Heavenly Kings amid statues of other deities enshrined in renderings of stone, gold and jade.

Perhaps the most popular site within the Nanshan Buddhist Cultural Zone is the awe-inspiring stone rendering of the bodhisattva Guan Ying, emerging out of the South China Sea to stand at 108 metres, taller than the statue of liberty.

The Nanshan Buddhist Cultural Zone is visited by thousands of tourists and pilgrims each year who come pay homage to the site that plays a significant role in the religion in China and to sample some of the finest Buddhist vegan cuisine on the island.

The Nanshan Park is open from 8am to 6pm. To get there, take a tourist bus from Sanya past Yalong Bay, or take a taxi. The entrance fee is 150RMB, and vegan buffet costs 68RMB per person.

For another perspective of Buddhism in Hainan, head to the island’s east coast. Covering an area of 10 square kilometres in Wanning County lies the Dongshan Mountain, a famous natural park and Buddhism Resort in Hainan.

One of the most important sites on the mountain is ‘Sea Eyes’, with a special landscape named ‘water flowing vessel’ where the Jade Emperor allegedly led the immortal fountain to retain water for the monks of a nearby temple. Drinking the clear water from the stone vessel is a privilege that visitors to the mountain can enjoy.

Many residents in Hainan often come to burn incense and worship Buddha on the mountain. The mountain is located near the sea, 60km from Wanning Prefecture. To get travel by bus for 1.5 hours from Sanya or Haikou, then take a motorcycle or pedicab to the mountain.

SOURCE: www.etravelblackboard.com
Editorial Message
This site contains materials from other clearly stated media sources for the purpose of discussion stimulation and content enrichment among our members only.
whatsonsanya.com does not necessarily endorse their views or the accuracy of their content. For copyright infringement issues please contact editor@whatsonsanya.com