HomeTravelHainan TourWuzhishan, a tourist gem that adds charm to Hainan

Wuzhishan, a tourist gem that adds charm to Hainan 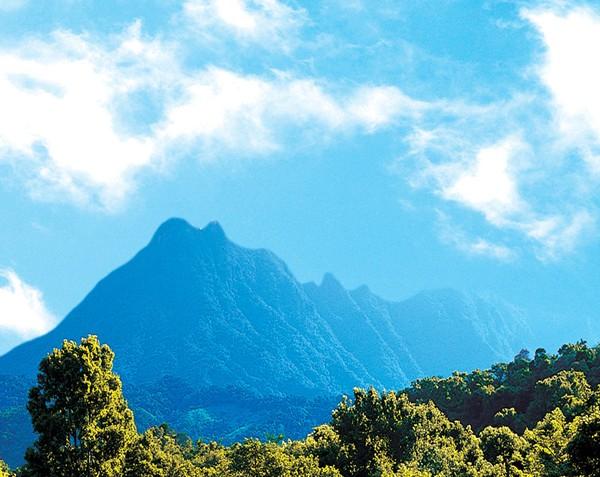 Wuzhishan Mountain, Hainan
Most visitors come to Hainan – a tropical island in the southern tip of China – for its maritime sensations. However, the charm of Hainan, a place striving to become a top international island by 2020, offers far more than its waters.

Only a 1.5-hour drive from Hainan’s southernmost coastlines and the most famed coastal city Sanya, visitors can soon experience the mountain ambience of Hainan and get refreshed in a world of rich oxygen in Wuzhishan, an inland city sitting in central Hainan.

According to locals, people are less likely to get drunk in Wuzhishan areas due to the rich content of oxygen.
While the southern and eastern coast of Hainan has been blessed with a convenient traffic network of high-speed rails and expressways, there is only a two-lane asphalt road connecting Wuzhishan to the outside world.

This may explain why most tourists shun the town despite its short distance from Sanya.

While Sanya boasts top-notch tourist facilities and appears restless with commercial opportunities, Wuzhishan acts like a sedate man who does not want to be bothered by fame and success.

Motorcycles are rampant in Sanya and Wuzhishan, but they travel at much lower speeds in the latter city.

Wuzhishan is named after the adjacent Wuzhishan Mountain, the highest point of the island.

Wuzhishan Mountain, a legendary place frequently mentioned in Chinese classic literature, holds one of the rare virgin tropical rainforests in China, and its ecological system is abundant with endangered species of plants and animals.

Different from the humid weather and salty air in Sanya, Wuzhishan, where mountains are green and vegetations lush all year round, the temperature remains cool on every inch of your skin. The annual average temperature of Wuzhishan is 22.4 degrees Celsius.

Locals say they do not have four distinct seasons, but they can experience that each day, which means it is as warm as spring in the morning, hot as summer at noon, cool in the afternoon and cold at night.

Coastal areas of Hainan may be hectic, and sometimes commercially over-exploited, but in Wuzhishan, tranquility reigns supreme.

"Wuzhishan provides an escape for those coming to Hainan for long holidays. Staying in the beach too long is not good, mountain views can provide a better experience of Hainan," said Yin Qiuyan, an official with the local information office.

Wuzhishan is home to Li and Miao ethnic groups, whose customs, folk art and culture are drastically different from the Han ethnic Chinese.

According to Wang Jian, a manager at China Travel International, diversity is the charm of Hainan in the eyes of many European visitors.

"Besides lying on the beach and getting tanned, European visitors can experience the folk cultures of the island, they are more often interested in this than man-made entertainment facilities along the coast," said Wang.

Wang said the "ethnic culture tour" in Wuzhishan area has joined the itinerary for a growing number of European tourists.

According to Yin, a highway linking Sanya and Wuzhishan will be put into operation by 2015, shortening the travel time to 50 minutes.

That means that a tourist boom and economic prosperity are on the horizon.

But to Li Shanyuan, director of Wuzhishan Mountain national nature reserve, it is really a dilemma because a tourism boom can help bring affluence to the city, but damage sometimes is inevitable.

"Protection and development should be carried out at the same time, but after all, protection should come first," said Li.

One can envisage what Wuzhishan would be like in 2015, it is a good place to visit and will bring you a different feel for the island.

SOURCE: CRIEnglish.com
Editorial Message
This site contains materials from other clearly stated media sources for the purpose of discussion stimulation and content enrichment among our members only.
whatsonsanya.com does not necessarily endorse their views or the accuracy of their content. For copyright infringement issues please contact editor@whatsonsanya.com