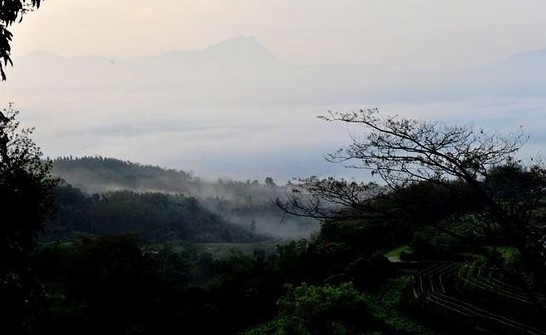 Wuzhishan, the highest mountain in Hainan Province, is visible at the far end. 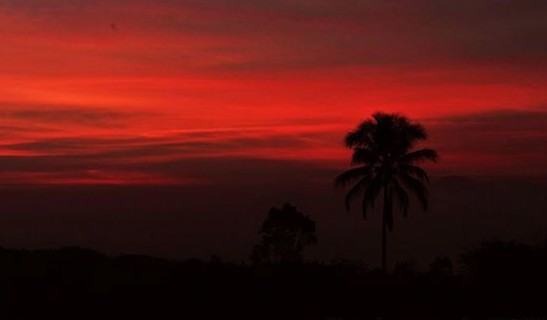 The rosy clouds of dawn seen from the ethnic village. 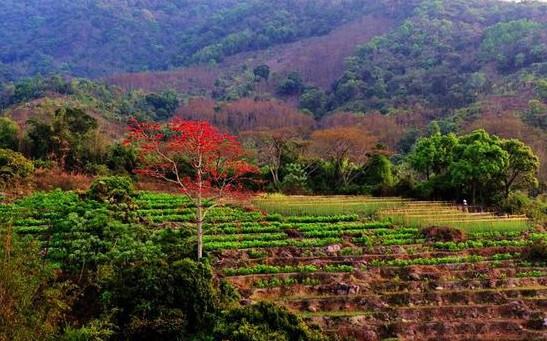 The fresh-scented farm fields in the village.
Compared with its crowded beaches and seaside resorts, southern China’s Hainan Province is lesser known for its lush forests among which Yingge Ling (鹦哥岭), or Parrot Beak Ridge, one of the province’s three major mountain ranges, is a precious gem yet to be discovered by tourists.

It took me and my fellow travelers almost one day of driving along the province’s western highway to finally reach an ethnic village deep in the forest about 500 meters above sea level. On either side of the village were Wuzhishan, the highest mountain in Hainan, and Parrot Beak Ridge, a mountain range second in height to Wuzhishan.

We spent the night at the village where most of the locals were from the Li ethnic minority group. The lifestyle there was rather primitive with observing the starry sky and listening to the singsong sounds of various insects as the only nighttime entertainment.

The farm fields and mountain ranges were shrouded in a milky haze early the next morning. The breathtaking scenery kept our camera shudders quite busy.

Parrot Beak Ridge is named after its highest peak, which stands 1,811 meters above sea level and is shaped like the beak of a parrot. The mountain, in its luxurious coat of greenery, is blessed with natural springs, lakes and waterfalls of different sizes. It is the habitat of many rare animals.

We hired a local guide who saved us much time and energy as we made our way up the mountain. Even with the guide knowing the less traveled paths by heart, it still took us well over five hours to arrive at the top.

As we silently watched the rolling landscape unfold below us, the simple exhilaration of being at the very top of Parrot Beak Ridge was overwhelming. 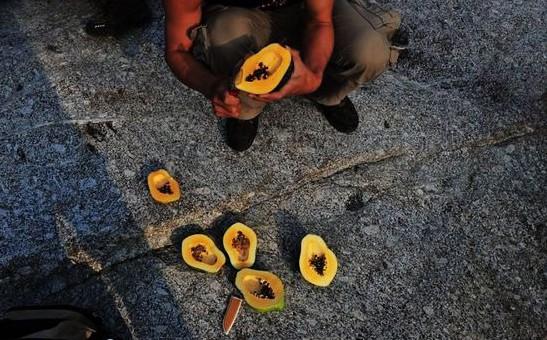 Papaya growing along a forest path is small in size but supreme in taste. The tangled claws of tree roots cover a deserted piece of wall as if they are going to devour live prey. 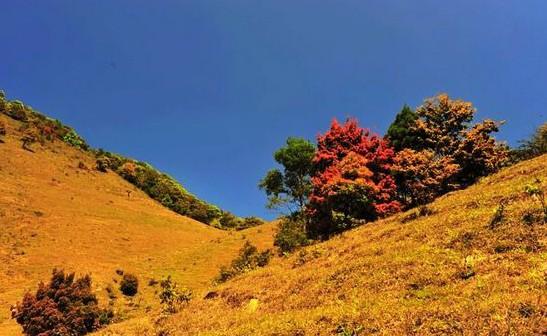 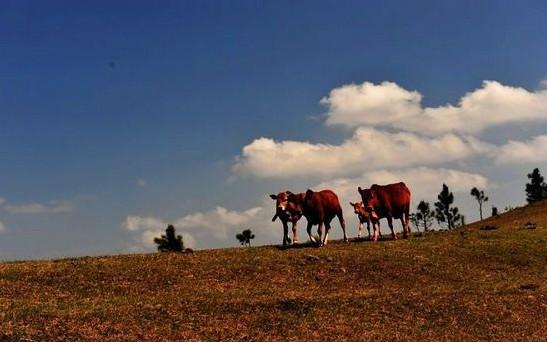 The blue sky hangs low above the grazing cows.
SOURCE: English.cri.cn
Editorial Message
This site contains materials from other clearly stated media sources for the purpose of discussion stimulation and content enrichment among our members only.
whatsonxiamen.com does not necessarily endorse their views or the accuracy of their content. For copyright infringement issues please contact editor@whatsonsanya.com

Next news: Seismic observation station to be built in eastern part of Sanya