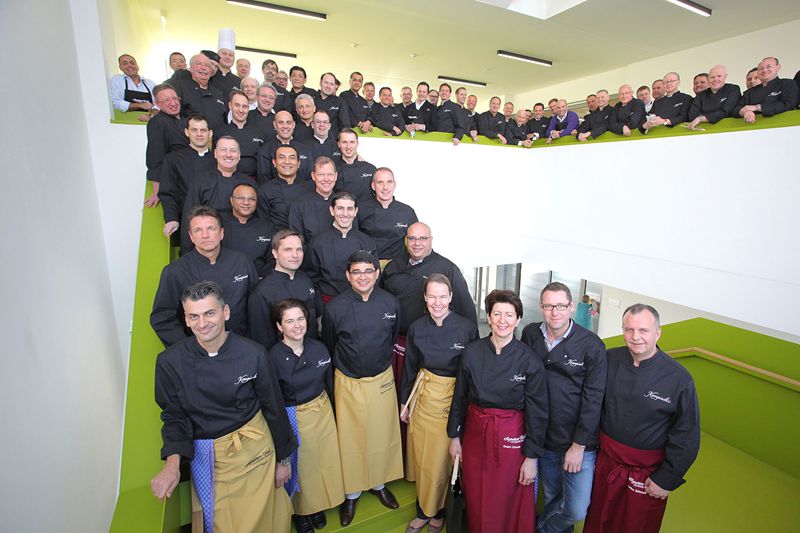 In July 2013, Reto Wittwer, President and CEO of Kempinski Hotels issued a challenge to the group’s General Managers during their annual gathering in Berlin:  “Does your hotel have a signature dish that is
–      Popular with the hotel’s guests?
–      Has a history/story attached to it?
–      Is unique in its preparation and ingredients?
–      Is related and relevant to its location?
–      Is timeless and not bound to its creator and most importantly
–      Can you cook it?”
As they say ‘the proof is in the pudding’ and on 28 February 2014 each Kempinski General Manager had to demonstrate his or her skills with the spatula and present the hotel’s signature dish.  The range was as varied as Kempinski’s hotels around the world: From The Tugra Testi Kebab at Ciragan Palace in Istanbul that requires ‘cracking the pot’ to the historical Lobster Bisque at Hotel Atlantic Kempinski in Hamburg created by its own maitre d’ in 1909; from the curry sausage at Hotel Adlon in Berlin with its secret homemade sauce recipe and the specially bred Havelländer Apfelschwein to a  guinea fowl  curry in the Seychelles; from Hainan Chicken rice at Kempinski Hotel Haitang Bay, Sanya to Bubur Ayam chicken porridge at Hotel Indonesia Kempinski Jakarta. 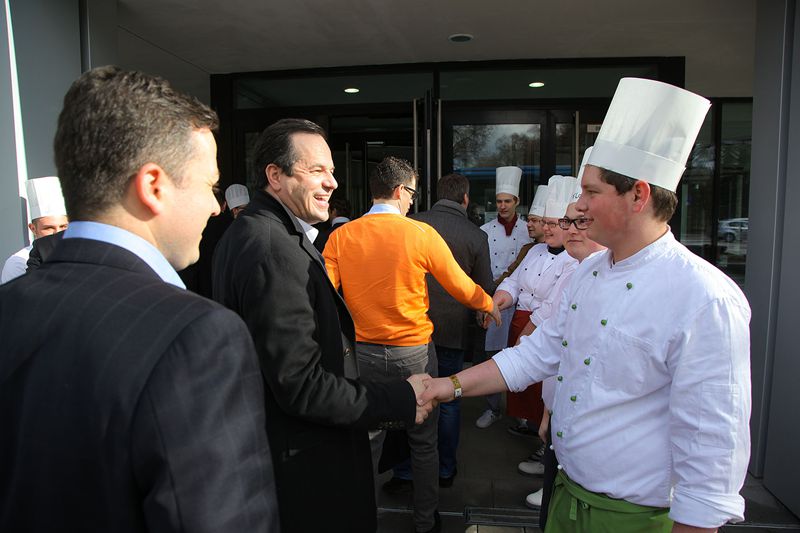 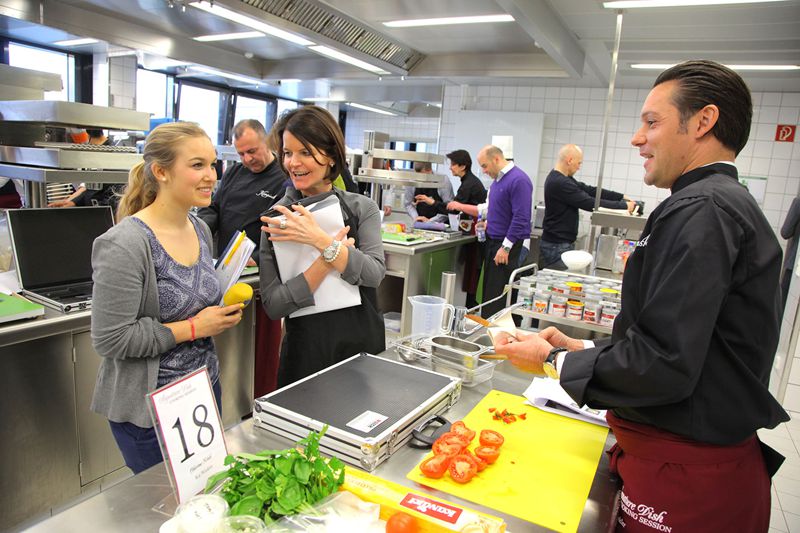 While 80% of the General Managers advanced through the ranks with a background in the food and beverage division, a number of aspiring chefs had to go back to the stove to learn to prepare the dish for their discerning and no doubt critical colleagues. All 70 dishes were cooked and tasted at the hotel school in Landshut. 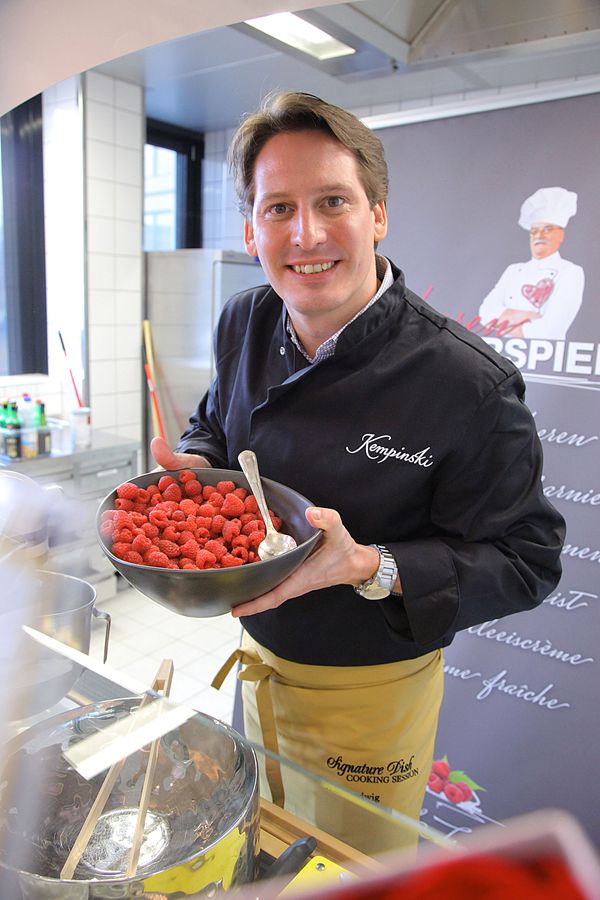 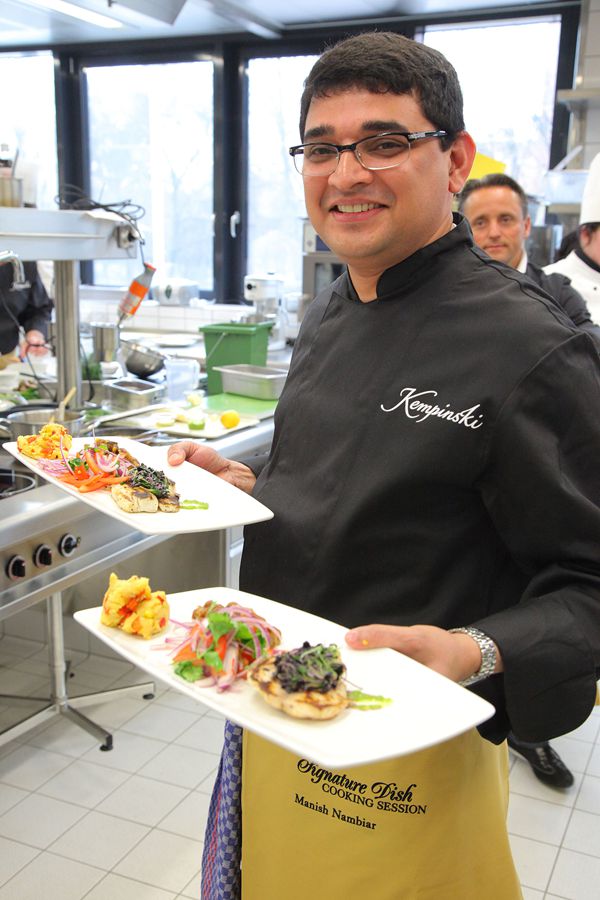 Each Kempinski General Manager had to demonstrate his or her skills with the spatula and present the hotel’s signature dish.
Reto Wittwer on issuing his challenge: “Our strategic vision is for Kempinski to become an undisputed leader in the hotel and restaurant industry. Kempinski has a fine heritage in gastronomy, and this is what we want to build on. I asked our General Managers to ‘walk the talk” while at the same time honoring and respecting the local culture our hotels are located in”. 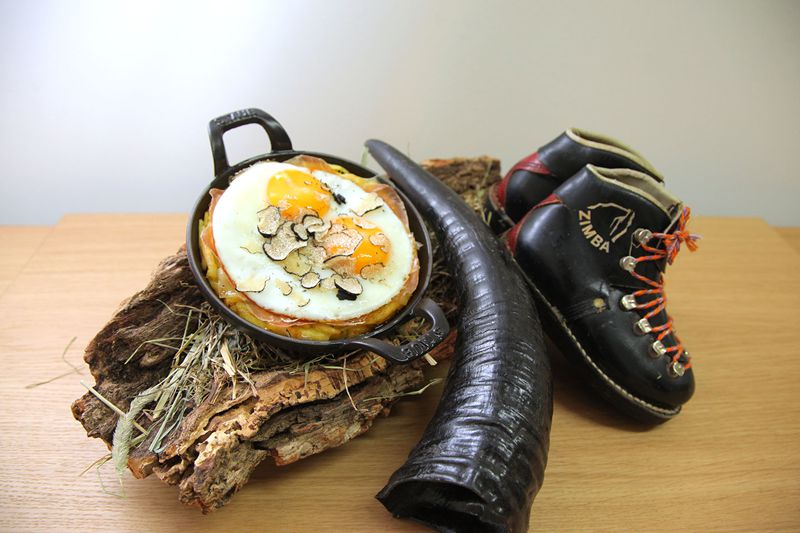 Next news: 11th Mission Hills Golfathon 2014 to kick off in Haikou on April 1