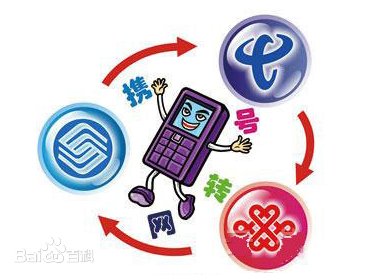 China has confirmed the testing of number portability in Hainan and Tianjin, both midsize markets in terms of subscriber numbers. Subscribers are free to switch in Tianjin, but in Hainan, the new rule only allows China Mobile CHL users to switch out, given the dominant share the mobile giant already enjoys in the area. We believe the number portability rule has been on the agenda of regulators for a couple of years, as a way to break the lock that China Mobile has on wireless subscribers and create more competition. As of September, China Mobile controlled 70% of the country's wireless market.
We think China Mobile's subscriber base and profits may take an initial hit if number portability takes effect nationwide, but a large-scale exodus is unlikely, given the carrier's strong branding and better network coverage and customer service in both urban and rural markets. In fact, considering how entrenched China Mobile is in the 2G market, which still accounts for more than 97% of the overall mobile market in China, we believe rivals China Unicom CHU and China Telecom CHA will find it extremely difficult to challenge China Mobile's dominance even with the help of number portability.
The game-changer, in our opinion, is 3G services, which offer real opportunities for China Unicom and China Telecom to differentiate and take customers from China Mobile. Their combined share of the 3G market is 57%, indicating a much narrower gap with China Mobile than in the traditional 2G market. However, 3G services are gaining popularity in China at a painstakingly slow pace, and subscription growth consistently fell behind targets set by the carriers because of the lack of attractive 3G handsets and applications to motivate subscribers to switch. Smartphones like iPhones were introduced to address a relatively small high-end segment, but we think 3G businesses won't take off until the carriers can offer stylish and user-friendly 3G handsets that are priced closer to CNY 1,000 than to CNY 5,000. Until then, we don't see any real threat to China
SOURCE: torontostar.morningstar.ca
Editorial Message
This site contains materials from other clearly stated media sources for the purpose of discussion stimulation and content enrichment among our members only.
whatsonsanya.com does not necessarily endorse their views or the accuracy of their content. For copyright infringement issues please contact editor@whatsonsanya.com