Dongfeng Race Team suffered a major scare in their pursuit of Leg 3 victory in the Volvo Ocean Race on Thursday when a tack line on a key sail snapped. 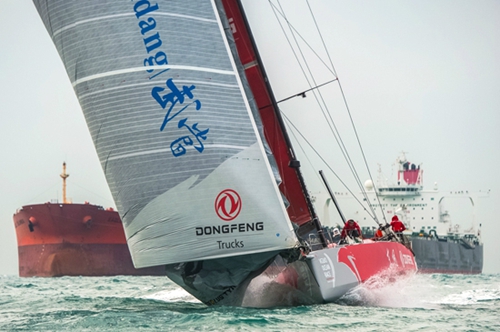 The incident happened with the leading Chinese boat (Charles Caudrelier/FRA) still 945 nautical miles from the leg finish in their home port of Sanya as the team made their way through the South China Sea having survived the hazardous Malacca Strait over the previous five days.

The tack line of the J1, used for upwind sailing, broke suddenly and sent the 132m² sail shooting up the forestay. 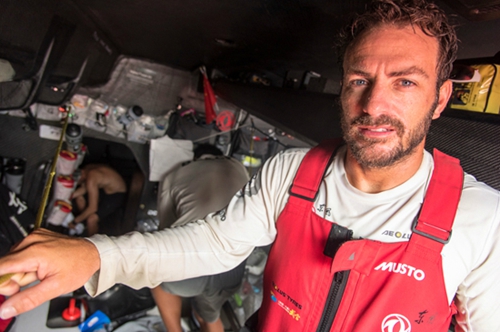 Onboard handyman Kevin Escoffier (FRA) and Eric Péron (FRA) jumped on the problem immediately and it took them just over 30 minutes to set up a temporary replacement strop and hoist the J1 back up.

Escoffier is now aiming to make a full replacement onboard, with exact specifications of the strop being emailed from the Volvo Ocean Race Boatyard team. 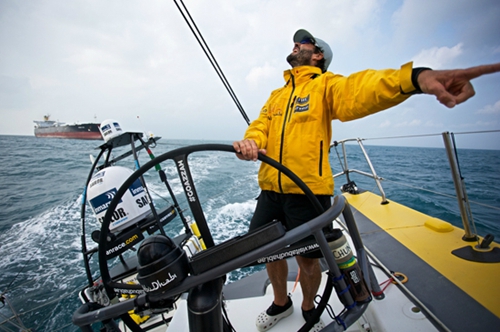 Victory in Sanya would give skipper Charles Caudrelier and his men two big reasons to celebrate: they become the first Chinese-backed team to win a leg in the 41-year-old race and would also take the outright lead in the nine-month event after three of the nine stages.

For both, Caudrelier and team chief Bruno Dubois (BEL) the episode has been a very timely wake-up call with such a big landmark victory apparently within their grasp with the rest of the fleet between 39.9nm and 124.4nm behind. 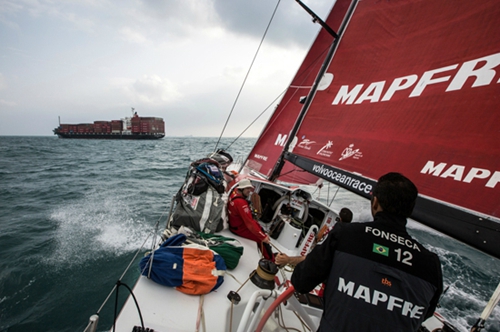 “I hate having problems on the boat – but in a way I’m happy this might have woken everyone up to the fact that we are a very long way from winning this leg still,” said Dubois.

Caudrelier added: "It was a good reminder to us onboard if we needed one, and I hope for those on land following, that we have a very long and treacherous way still to go on this leg. 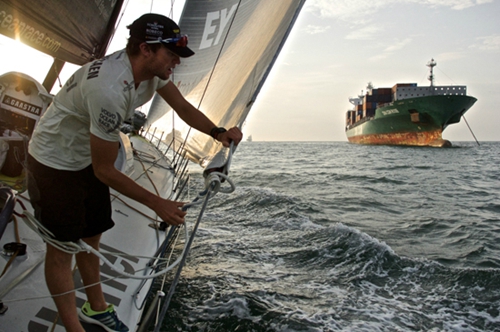 “Of course we are happy to have a healthy lead, but that lead can disappear very easily through mechanical failure like this and lots of other kinds of problems.”

Dongfeng were 39.9nm clear of Abu Dhabi Ocean Racing (Ian Walker/GBR) with the next three –Team Alvimedica (Charlie Enright/USA), Team Brunel (Bouwe Bekking/NED) and MAPFRE (Xabi Fernández/ESP) – placed within 2nm of each other, between 42nm and 43.4nm behind the Chinese boat. 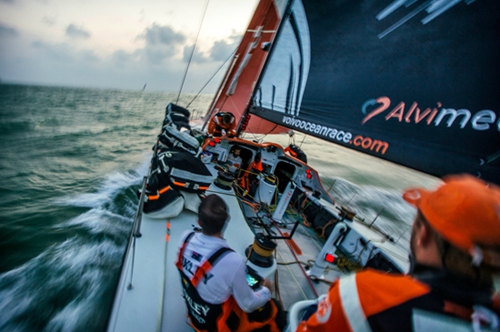 Fastest boat in the fleet, however, is sixth-placed Team SCA (Sam Davies/GBR), which made up some 14nm in 22 knots of wind over the three hours leading to the latest position report at 0955 UTC. They are 124.4nm behind Dongfeng. 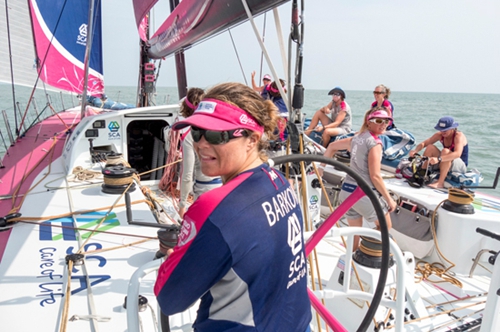 The leaders are expected to arrive in Sanya, Hainan Island on the southernmost tip of China, sometime on Tuesday (January 27) in a thrilling climax to the 4,670nm leg from Abu Dhabi.