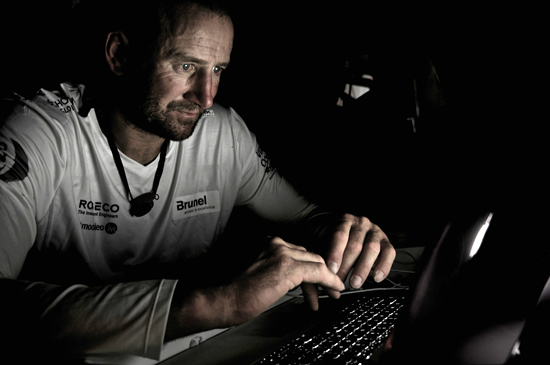 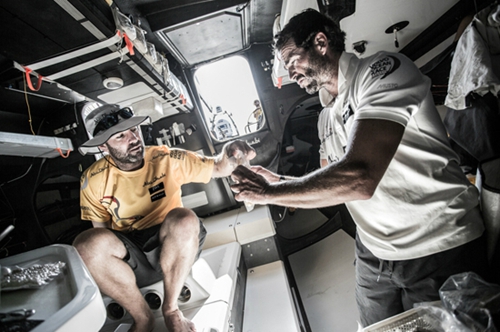 They then proceeded to take a grip of the third leg to China with Dongfeng leading from an early stage and Bekking and Walker heading the chase, swapping second and third places along the way. But Thursday’s early position reports had a new look to them with the Spanish boat MAPFRE taking advantage of a little more pressure to slip into second spot, a whisker ahead of both Abu Dhabi Ocean Racing and Dongfeng Race Team (0940 UTC). 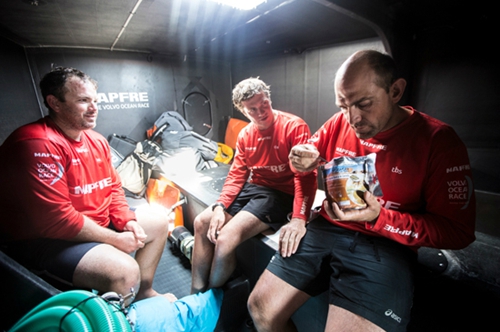 Team Alvimedica (Charlie Enright/USA) are not out of contention either, with less than 5nm separating second to fifth places with Dongfeng still looking in very good shape just under 66nm ahead overall.

Meanwhile, a frustrated Team SCA (Sam Davies/GBR) continued to play the role of hunters, some 30nm further adrift of the main pack. The six-strong fleet still has more than 2,000nm to sail, including negotiating the Malacca Strait starting this weekend.

The 500nm long stretch of water, separating Malaysia from the Indonesian island of Sumatra, is one of the busiest shipping lanes in the world and the fleet will need to dodge plenty of shipping as welll as floating – and submerged – man-made debris.

The fleet is likely to emerge from the Strait – possibly the most hazardous waters in the entire race – by next Wednesday when they pass Singapore and sail into the South China Sea and on towards Sanya, Hainan Island, on the southernmost tip of China. The fleet is expected to arrive between January 25 and 28.

MAPFRE’s recent good progress has been achieved despite the absence of one of their sailors, trimmer/helmsman Anthony Marchand (FRA), who was confined to his bunk for more than a day through a fever.

The team are skippered by Xabi Fernández, who stepped in for Iker Martínez after the team’s leader missed the leg to take part in pre-planned training for next year’s Olympic Games in Rio de Janeiro.

Dongfeng skipper Caudrelier is certainly taking nothing for granted. “I think it’s going to be a nightmare over the next 48 hours and until the end maybe,” he said on Thursday.

“This leg is really light and we’re not lucky with the wind forecast – we’ve still got 14 days to go. Our average today should be four knots, so it’s not a funny day today and tomorrow. I hope we stay ahead.

“It gives hope to the guys at the back and stress for us. In normal conditions it is very difficult to catch up 50 miles until the Malacca Strait. But with this lack of wind, anything can happen.”

The fleet was passed in the Bay of Bengal – several miles ahead – by the Maersk Line ship bearing the stricken Team Vestas Wind (Chris Nicholson/AUS) as it headed towards Genoa, Italy from Malaysia. It is scheduled to arrive on January 25. From there the boat will be transported by race logistic sponsors, GAC Pindar, to builders yard Persico in the Italian city of Bergamo, for a rebuild ahead of a planned return to the race in June, for the final two legs.

The boat was grounded on a reef in the middle of the Indian Ocean on November 29 during Leg 2 from Cape Town to Abu Dhabi, forcing the team’s suspension from racing. The boat was retrieved from the reef just before Christmas.