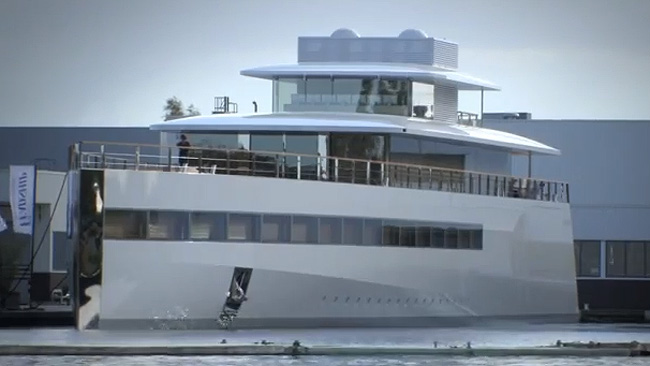 Steve Jobs reportedly spent years designing his super yacht Venus.
Steve Jobs’ final masterpiece was a 260-foot yacht that he worked to design as a state-of-the-art wonder of the high seas.

But the Apple CEO never had a chance to use the eye-catching vessel. It was finally completed by a Dutch shipbuilder this month — one year after his death.

The sleek ship is made of light-weight aluminum and Jobs employed the chief engineer of his Apple stores to help design special glass that allowed the ship to be installed with ten-foot-high windows across the hull.

It is christened Venus, after the Roman goddess of love.

The cost of the superyacht is unknown, though Jobs was obsessed with completing it near the end of his life.

‘I know that it’s possible I will die and leave Laurene with a half-built boat,’ he told biographer Walter Isaacson. ‘But I have to keep going on it. If I don’t, it’s an admission that I’m about to die.’

Sadly, Jobs, who died in October 2011 of complications from pancreatic cancer, never saw his creation finished.

The Dutch technology blog One More Thing reports that the Jobs family will be on hand for the formal unveiling of the yacht at the Feadship custom yacht building company in Aalsmeer, Netherlands.

Jobs’ family gave out custom iPod Shuffle mp3 players to each of the crew members who helped build the yacht. Each one came with a note thanking them for their ‘hard work and craftsmanship.’

Among the high-tech features inside the ship are seven 27-inch iMac computers.

Jobs employed renowned designer Philippe Starck to lay out in the interior.

It is unknown when the breathtaking ship will make its maiden voyage. 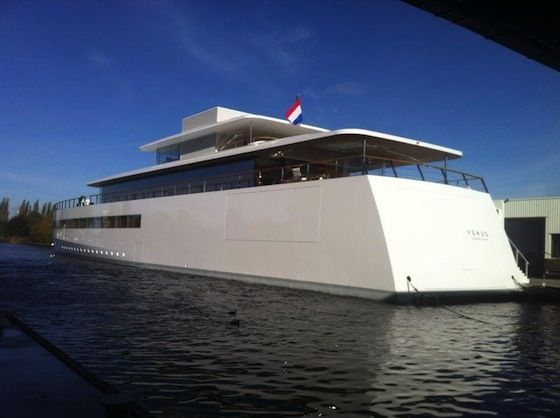 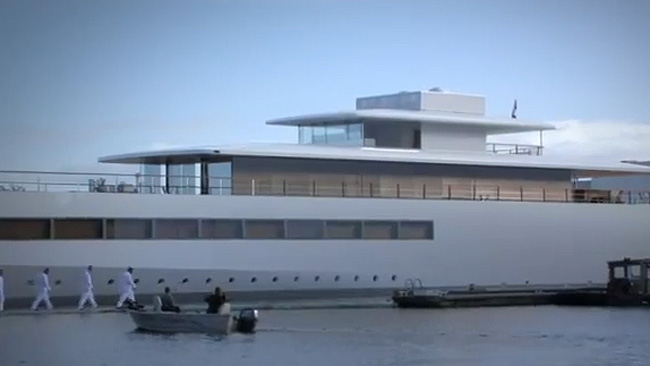 Next news: 1st charter flight from Kazakhstan capital to Sanya launches on Oct 26